Our Climate Crisis: from Denial to Disconnection

by David Houle (previously published in the Sarasota Herald Tribune)

If you read this newspaper, or any other newspaper, or watch the news on television, you know that we have entered a climate crisis that is deadly real. It can no longer be denied. 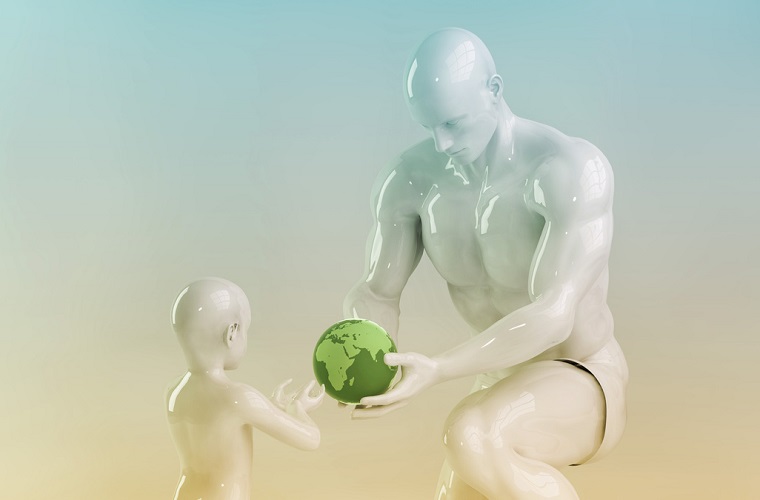 Here are just a few of the stories of this summer:

When something has never happened before (e.g. the most rapid increase in CO2 into the atmosphere during humanity’s time on Earth) the denial of it happening might be understandable. When it is proven beyond any doubt to be happening, it becomes real and undeniable.

We have moved to the Time of Disconnection and out of the Time of Denial because it is here, now, and very real.

The cause of the climate crisis is us. As I stated in a recent TEDx talk, the issue is not about “saving the planet” but “saving ourselves from ourselves”. The planet will be around for several billion more years, the plant and animal species alive now may become extinct. We created the problem. We can create the solution, but we must act with supreme urgency. We think we are facing the crisis, but we are not acting with the urgency required.

Look at yourself. Have you been concerned about the climate crisis? Okay. Have you purchased a big truck or SUV? Impulsively bought an article of clothing because it was currently in fashion? Ordered and eaten a juicy steak at a restaurant? All of these actions contribute to the crisis, regardless of your concern. That constitutes a disconnect between your intentions and actions.

Another flawed line of thinking is to blame “the other”. “The fossil fuel companies lied to us!” Or the one I most often hear: “What about China?” In other words, it’s not my fault. Yes, the fossil fuel companies knew what would happen, but we believed them [certainly the deniers did]. Yes, China is still building coal powered plants, but they also decreased the cost of solar panels this past decade, they manufacture and sell more EVs – with the best selling model retailing for $4,500 –  than any other country, and have installed 500,000 charging stations in just the eastern part of the country.

Humanity is not facing this crisis at anywhere near the speed that is called for. All the trend lines – rate of sea level rise, species extinction, surface temperature of the planet, increase in CO2 emissions, PPM of CO2 in the atmosphere, glacier melt – are increasing at geometric or exponential rates. At the same time, humanity’s response has been, at best, incremental. This means that every day we are falling behind with our efforts to successfully address this catastrophe.

Yes, it is good that the U.S. is back in the 2015 Paris Climate Accord. But that accord is failing… not one of the key country signers have come close to meeting the goals they committed to. Earlier this year, the head of the IPCC at the UN stated that, as of 2020, CO2 reductions were only at 1%, not anywhere near the 50 to 70% needed by 2030. We feel good about doing something, but it is not  enough.

Long-time readers of this column know that, as a futurist, I understand that our climate crisis has the single largest impact on our collective future. Therefore, I have made it a central focus of mine. How can one call oneself a futurist and not be concerned about the largest threat to humanity since our species has been on the planet? This led me to co-author a book with Tim Rumage, head of Environmental Studies at Ringling College, in 2015. I know many of you have read “This Spaceship Earth” and we thank you for that.

The positive response to the book led Tim and I to cofound a global non-profit, This Spaceship Earth, headquartered here in Sarasota. The objective is to create “crew consciousness” in up to a billion people. Our first years were quite successful locally and regionally as a visit to the website will show.

The majority of humanity thinks and acts as if they are passive passengers on Spaceship Earth. “Crew consciousness” is thinking and acting as an active crew member on Spaceship Earth – our only home, and one with limited resources and a limited capacity to absorb pollution.

Now, after COVID-19, we are recommitting our efforts to expand crew consciousness at a much faster rate. We are moving from dealing with individuals, schools, colleges and environmental organizations to working with larger entities including corporations and foundations.

At a time when corporations are increasingly committing to support the common good, we hope and expect a number of them to commit to helping their employees, customers and suppliers to become crew. If you lead a company or significant organization and want to truly make a difference, please reach out to Bob Leonard bob@thisspaceshipearth.org or myself david@thisspaceshipearth.org. If you would like to help our cause by making a donation, we would appreciate it. You can do that here: https://thisspaceshipearth.org/donate/

Bob and I co-authored a book in 2019 titled “Moving to a Finite Earth Economy – Crew Manual”  In 2019, global energy use was sourced 77% from fossil fuels. We did the research and determined, to avoid near-term societal collapse, we must reduce that to 30% by 2030. So we created a timeline, and a list of actions to reach that goal. In addition, we determined that our consumer society, and the corrupted form of capitalism practiced today, must be reinvented. A reinvented Capitalsim is the best force to surmount our climate crisis. So we wrote and published this “how-to” book for all levels of global society from multinational corporations and institutions, to nation states, to provinces and states, to cities, to neighborhoods, to households and individuals. It is going to take all of us working together to successfully face this crisis.

Tim, Bob and I are doing our part as best we can with our teaching, writing, and speaking efforts both within the non-profit and in our individual endeavors. What will you do now that you know?