Three years ago we moved from south Florida to Portland OR. I knew we were vulnerable to the impacts of climate change in Florida where we lived two blocks from the Gulf of Mexico. Sea level rise, increasing heat (it was already HOT), and more severe storms. Hurricane Irma was the last straw. We were without power (so no AC) for 10 days in September in south Florida. It was miserably hot and humid. 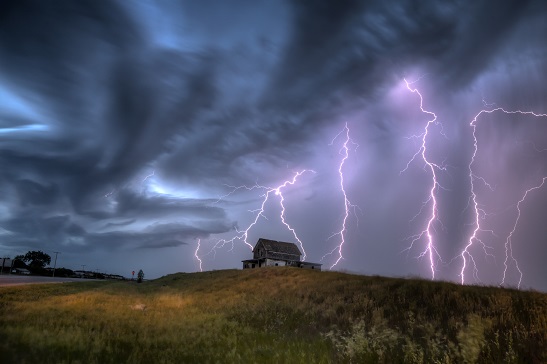 I figured Portland would be safe. 50 miles from the Pacific Ocean and a temperate climate that could benefit from a few degrees of warmth. The first couple of years were uneventful from a weather perspective. Then, last summer, we had a once in a hundred year forest fire that came to within three miles of our house. Portland is on the northern border of Oregon, far from the more frequent fires in northern California, and typically much wetter. We were on alert to evacuate. The skies were orange and we had to wear our masks when we went outside. My dog Buster refused, so he breathed in the smoke and developed a cough.

Then came the winter. We experienced a freak ice storm (another 100 year event) which laid an inch of ice on every surface. Trees came down. There were broken branches everywhere. We live at the top of a steep hill (my car, purchased in Florida, doesn’t have four wheel drive). We were marooned for four days unable to leave and no one was able to get up the iced hill to deliver food or anything else.

Then, just a few weeks ago, we had the heat dome event. It hit 115 degrees Fahrenheit in Portland where the average high temperature in June is 73. The heat wave was unprecedented. Meteorologists called it a 1,000 year event. We happened to have AC. Many in Portland do not, because they didn’t need it. Over 100 people died from the heat.

So, I learned a lesson. Am I going to move again? Maybe, but it won’t be for climate reasons. I learned that nowhere is safe. As I write this there’s unprecedented flooding in western Europe. A heat dome in the northern Rockies. Forest fires in Greece as well as the western US. Record heat in Moscow. Flooding in Bangladesh. India was hit with an extreme cyclone in May. Landslides in Japan caused by record-breaking rainfall. I could go on.

Our climate crisis is here now and it’s only going to get worse until we take drastic action. We (the entirety of humankind) not only have to mitigate climate change by ending our fossil fuel use, we have to adapt to climate change by changing the way we live and redesigning infrastructure to withstand these relentless severe weather events.

We are in the Climate Age now. We have much to do. Become Crew.

Mission 2030: Now is the Time to Set Our Direction for the 21st Century

Our Climate Crisis: from Denial to Disconnection