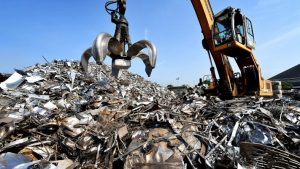 Many economists expect President Donald Trump’s tariffs on imported steel and aluminum to increase what American companies and consumers pay for those metals and the goods made from them. Dozens of companies already have said they will have to fire workers or even go out of business. And, as the retaliatory tariffs Canada, Japan, Mexico […] 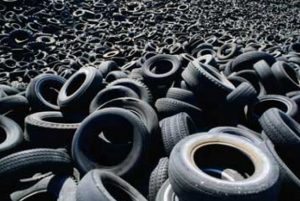 In late 2017, French tire giant Michelin acquired Lehigh Technologies, a 15-year-old company that reincarnates end-of-life tires into a specialty material called micronized rubber powder (MRP). The substance is already used by more than 60 companies (among them are seven of the world’s 10 biggest tire makers) for a wide range of applications, including as […]

Waste is so last year: how the fashion industry is cleaning up its carbon footprint

Read the entire article at the World Economic Forum.   The fashion industry is second only to oil as the top industrial polluter, and as a result is taking broad steps to make it more environmentally conscious. In 2016, a denim brand started to phase out PFCs (perfluorinated chemicals) thought to pose risks to human health and […]

Read the full article at Triple Pundit.   Electronic waste, commonly called e-waste, is a big problem. Over 20 million tons of e-waste are produced annually, around 3.4 million tons of which hail from the U.S. According to iFixit, e-waste in the U.S. alone would weigh more than the combined weight of every living blue whale. […]