Many economists expect President Donald Trump’s tariffs on imported steel and aluminum to increase what American companies and consumers pay for those metals and the goods made from them. Dozens of companies already have said they will have to fire workers or even go out of business. And, as the retaliatory tariffs Canada, Japan, Mexico and other countries have announced underscore, the U.S. is heading for a trade war with the nation’s closest allies.

It’s possible for the U.S. to slash imports of these metals not by imposing duties but by boosting the reuse and recycling of old metal products. Making far more of the nation’s discarded steel and aluminum scrap as good as new would have many advantages aside from its diplomatic dividends, such as cutting pollution and energy consumption. 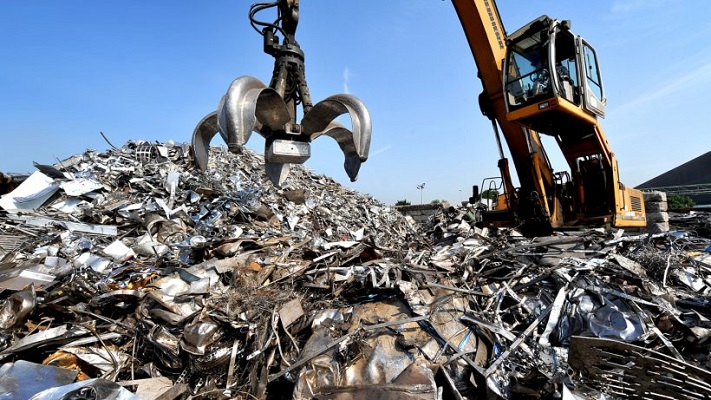 The U.S. makes most of its steel and aluminum by recycling scrap metal from manufacturers and from discarded products such as demolished buildings, old cars and thrown away cans. The U.S. made 82 million metric tons of steel in 2017, enough to form a continuous steel beam that could circle the globe eight times. About 68 percent of that steel was made from scrap metal.

The 4.4 million metric tons of aluminum the U.S. made in 2017 could be turned into a stack of soda cans tall enough to reach Mars. Some 83 percent of that aluminum was from recycled metal. While this may sound like an impressive amount of recycling, I believe much more of America’s scrap metal could be recycled domestically. Researchers estimate that only around 65 percent of old U.S. steel products and between 40 and 65 percent of discarded American aluminum products are collected for recycling. The rest of that metal ends up in landfills.

As an already industrialized country, the U.S. needs little new metal to meet domestic demand. This is because so many Americans already have all the cars, stoves, washing machines, offices and infrastructure a society could need at a time when the U.S. population isn’t growing much. The average per capita ownership of metal in the U.S. has remained flat for nearly half a century at around 13 tons.