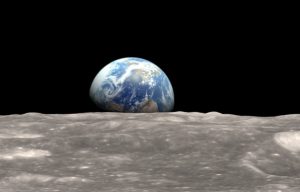 photo: William Anders, Apollo 8, December 24, 1968 Apollo 8 crew: Frank Borman, James Lovell, William Anders   There are three NASA photographs that seem central in shaping and reshaping our consciousness, philosophy and reality regarding our interactions with each other, with other species, and with the planet as well as our role in […] 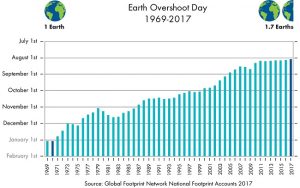 Welcome to Earth Overshoot Day 2017. August 2nd is the earliest Earth Overshoot Day ever. Today is the day when humanity’s consumption of natural resources officially surpasses the planet’s ability to replenish them in one year.   The good news is that the time frame for this special day has slowed its march back through […]