We are now passing through a crucial period in the history of climate change: the fulcrum point where society’s attitudes toward it, and particularly the continued use of fossil fuels, are changing. Much has been written, here on Spaceship Earth as well as many other places, about the “Greta effect,” meaning the sudden increased public visibility of climate change as a result of the activism of Greta Thunberg. But it’s more than that. Not long ago I saw that an oil company publicist wrote an article titled “Are Oil Companies Evil?” The fact that anyone connected with the fossil fuel industry would even feel a need to write an article with this title indicates how much things have changed. Our society is, quite simply, beginning to reach a moral reckoning with climate change and its causes.

You may have heard that “people don’t change.” However true this may be of particular individuals, history shows us that it’s not true when it comes to societies. One needn’t have a philosophical understanding of morality as an absolute in order to observe this – even if you presume that morality is relative, it still changes over time, usually to condemn a practice or institution that is deeply inimical to society’s interests. No major religion in the world today still practices human sacrifice. Thousands or even hundreds of years ago in some parts of the world, many did. In the Roman Empire, gladiatorial combat, where human beings were forced to fight and kill each other for the entertainment of crowds, was once a staple of Roman society. Gladiator combat began to die out in the Christian period and was ultimately outlawed by several successive emperors, beginning with Theodosius. Slavery too underwent a transformation from justifiable to deeply immoral, particularly in the middle of the 19th century. 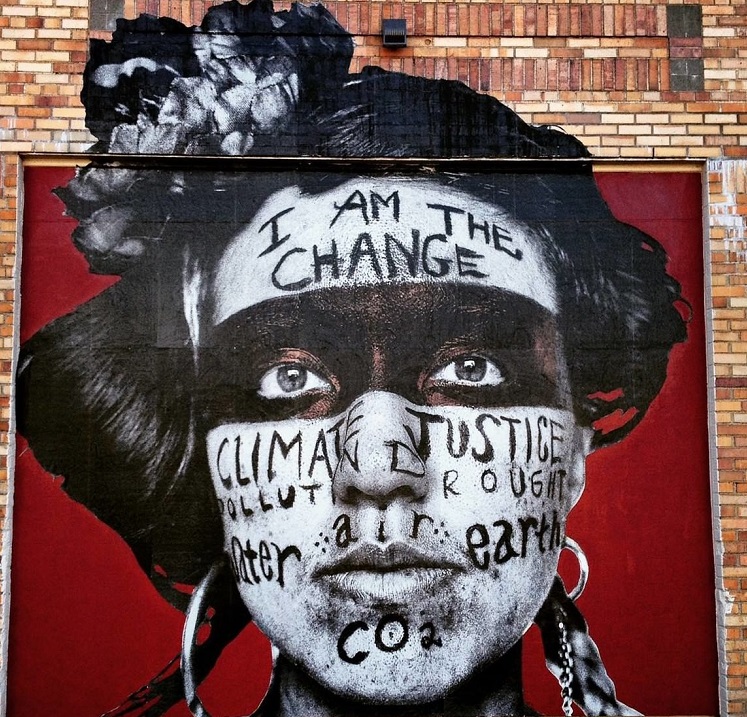 This is starting to happen with the practices and institutions that cause climate change. In the second half of 2019, the truly effective protest and activism movements on climate action have tended to focus, not on the very cogent economic and environmental arguments for addressing climate change, but on emotional – and particularly moral – ones. “Flight shaming” is now a thing. Greta Thunberg essentially snarled her speech in front of the U.N., intending to shame and wound her audience of mostly powerful men… and it worked. Outright denialism is becoming increasingly uncomfortable for anti-climate politicians to espouse the way they did just five years ago (remember when they went around saying, “I’m not a scientist”?); and they are shifting toward trying to look like they care about the issue even if they actually do not. None of this would be happening unless, in a broader sense, societal attitudes were beginning to change.

In 2014, climate denier Alex Epstein wrote an uncommonly terrible book called The Moral Case for Fossil Fuels. Throughout his career he has attempted to frame the burning of fossil fuels as a moral good, and opposition to it as immoral because it restricts the “freedom” of millions of people around the world. But look what this argument really concedes at its core. Epstein and others understand that the tipping point that will ultimately lead to the extinction of the fossil fuel industry is primarily a moral one: once society decides that burning more fossil fuels is not just undesirable but actually immoral, a point of no return will have been reached. Fortunately, Epstein’s arguments have failed to catch on and The Moral Case for Fossil Fuels already seems like a quaint antique. Fossil fuels have lost the moral high ground, if they ever had it. There is nothing they can do to reclaim it.

Climate change is a deeply troubling issue for humankind, morally as much as environmentally. For the next several centuries, humans will be grappling with the moral and philosophical implications of it, as we still do today with subjects like the Holocaust, slavery and racism. It may in fact be the greatest moral issue that humans have ever faced, and we’ll be a long time reckoning with it in our philosophy, art, literature and faith. It’s difficult to live in a time of moral transformation. But here we are, and navigating the moral landscape of climate change is every bit as important as all the other work we must do to ensure our survival into the future.