In writing the Energy chapter for “Moving to a Finite Earth Economy”, we researched Nuclear and were a bit surprised at the amount of support for it as a necessary component in reaching net zero emissions. So we dug deeper and came to the conclusion that nuclear power is vital given the abbreviated time frame we have left to make the transition. We were also reassured by the safety record nuclear power has accumulated over the past 70 years. 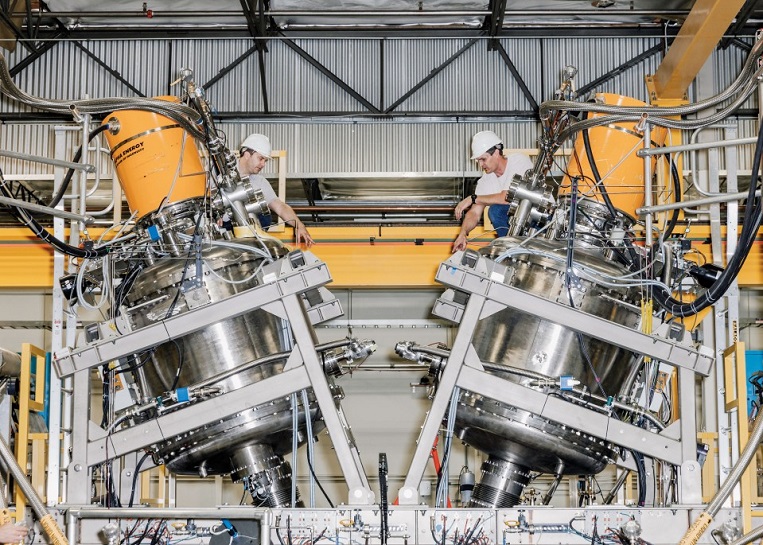 Many have a knee jerk reaction to the use of nuclear. They worry about accidents and the disposal of nuclear waste. The reality is that the number of people who have died or contracted cancer from all nuclear power plants pales in comparison to deaths attributed to the extraction and burning of fossil fuels.

Every day 10,000 people die from issues directly related to the use of fossil fuels, primarily air pollution (also mining and drilling accidents, water pollution, transportation and pipeline issues). In a single week more people die from the burning of carbon fuels than have died from nuclear energy throughout its entire history. So, the idea that we should not embrace nuclear because it is dangerous, is refuted by the facts. https://cen.acs.org/articles/91/web/2013/04/Nuclear-Power-Prevents-Deaths-Causes.html

We cannot allow legacy fears and emotions concerning nuclear power to shutter reactors currently supplying clean power, or to prevent us from developing and deploying new technology reactors that are smaller, safer and more efficient. Reaching 70% clean energy by 2030 is critical to humanity’s survival; and we can’t get there without taking advantage of nuclear power.

The Chernobyl explosion caused two immediate deaths and 29 deaths from acute radiation sickness in the course of the next three months. 50 people died of acute radiation syndrome, and 4,000 may ultimately die of radiation-related causes. http://time.com/5255663/chernobyl-disaster-book-anniversary/

The Fukushima Daiichi nuclear disaster caused no deaths due to acute radiation exposure. Studies by the World Health Organization and Tokyo University have shown that no discernible increase in the rate of cancer deaths is expected. Predicted future cancer deaths due to accumulated radiation exposures in the population living near Fukushima have ranged in the academic literature from none to hundreds. https://www.who.int/ionizing_radiation/a_e/fukushima/faqs-fukushima/en/

Numerous studies around the world have concluded that there are no health risks to people who live near nuclear reactors. Compare this to the World Health Organization findings that urban outdoor air pollution, from the burning of fossil fuels, is estimated to cause more than three million deaths worldwide per year and indoor air pollution from biomass and fossil fuel burning is estimated to cause approximately 4.3 million premature deaths. https://www.ucsusa.org/clean-energy/coal-and-other-fossil-fuels/hidden-cost-of-fossils

Add in all the deaths from oil drilling and refinery accidents, and nuclear-related health concerns fade away. Every time a nuclear reactor is decommissioned, there is an immediate rise in CO2 emissions. The energy has to be replaced by something, and the replacement is typically coal.

Nuclear will be an integral technology on our journey to a Finite Earth Economy by 2030. The arguments for nuclear are rational and based upon hard data and critical need.

We have much more research on the safety record of nuclear power, and on significant technological upgrades being deployed today and currently in the R&D stages. We’ll be sharing those in subsequent posts.