Greta Thunberg has become the leading voice of her generation concerning our climate crisis. The Swedish teenager simply cuts through the double talk of government and business leaders on the urgency of what humanity faces.

Here is the link to an excerpt of Greta’s speech at the Youth4Climate summit in Milan recently: 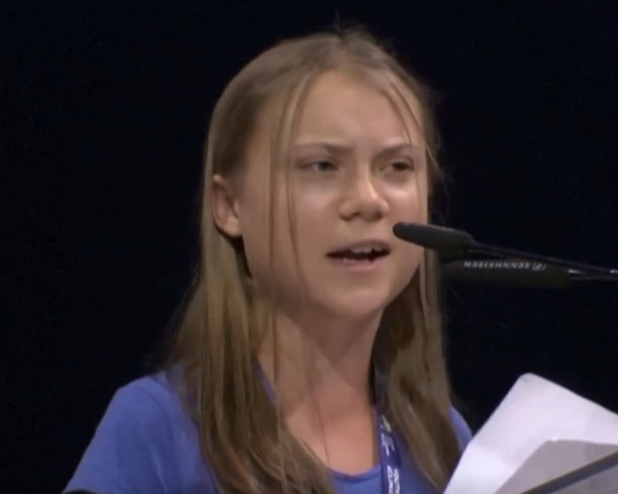 COP26 is about to begin in Glasgow. This meeting has engendered a feeling that if nothing comes from this conference, humanity will have to endure climate catastrophes more numerous and severe than anything we’ve experienced prior. It is an opportunity for nation states to come together to face this existential threat while there is still time to avoid ecocide and societal collapse. The reality is that none of the major countries who signed the Paris 2015 Climate Accord has met their promises to lower emissions. They all committed to be legally bound to those reductions. The obvious question is, who is going to enforce those commitments?

Just the fact that this is COP26 shows the futility of the entire exercise. Nations have been meeting for 25 years to agree on a plan to avert disaster; and nothing of significance has been accomplished. 25 years of meetings (blah, blah, blah).

Greta is right. All the political leaders from the biggest GDP and polluting countries speak in platitudes, but cannot meet their own commitments made six years ago in Paris. Future historians (if there are future historians) will label our current crop of world leaders as the biggest leadership failures of all time.

Our climate crisis is our first truly global problem, and it must be addressed with urgency. There is no nation state that can solve it alone. Even a consortium of several nation states cannot solve it. As a futurist, I have been saying for over a decade that this is the time when nation states should no longer be the highest form of government. Nation states are largely time congruent with the Industrial Age. Before 1780 there were countries, but the majority of land masses were colonies, fiefdoms, and territories. In the 1800s, nation states ascended along with urbanization, centralization, production and industrialization.

Now we have entered the global stage of human evolution. The economy has become global, communications have become global, travel is global, and nation states aren’t able to successfully address global issues and problems. We still live largely in an Us/Them mindset… not a collective WE mindset. To face our planetary climate crisis, we must do so with a singular WE consciousness. There is no place on earth that will escape our climate crisis, so we are all in this together.

Our climate crisis gives humanity a chance to collectively raise our game to meet a threat that faces all of us alive now… and will deeply affect all those yet unborn. How can humanity not care about our children, our grandchildren, our great grandchildren and the unborn generations that will come? We are living a reality that will make the realities of these future generations almost unbearable… and could lead to extinction of our species in the next century.

So what will happen at COP26? Nothing of value UNLESS the leaders all speak the truth as Greta demanded. The truth that so far there has only been talk, no action, and that we are now in a much worse position than we were 25 years ago at COP1. That as a global population we will all dramatically change our ways, starting NOW.

I am not sure that nationalistic leaders, with national agendas, can solve a global issue. Are you?

Either We Evolve Our Consciousness or We Risk Societal Collapse