Either We Evolve Our Consciousness or We Risk Societal Collapse

Humanity is facing two paths. One will take us further down the path of degeneration. The other is a path of regeneration. Which will we take?

I fear we will continue down the degenerative path toward societal collapse because our collective consciousness has been industrialised by businesses, governments, our economic system, society and the advertising industry. This is the result of our increased psychological separation from nature, each other and ourselves: 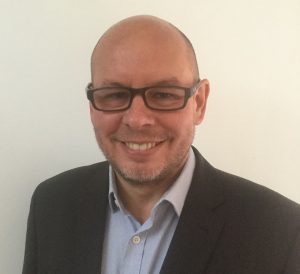 The result of these three separations is that our ego is increasingly isolated and vulnerable. But don’t worry. Corporations are here to help. Through their PR and advertising, we are convinced that we will feel better if we buy their products. Our peers will admire us. So, we buy the product and it works; we do feel better. But it doesn’t last… we have to keep buying. Gradually we became addicted to consumerism.

We need to keep consuming because our economy depends on it. When we stop, the economy goes into recession and a lot of people suffer. But we can’t keep increasing our consumption if we are to achieve a regenerative path. Clearly, we need a new economic system. But this can’t happen because our addiction to consuming keeps our destructive economic system in place.

To describe the evolution of our collective consciousness, I often borrow terms used by philosophers and sociologists to describe ‘cultural movements’. These are pre-modernism, modernism, post-modernism and Meta-modernism. Currently, in western societies, our economic system is supported by modernism, but there is evidence we are moving to post-modernism.

If we are to create a new economic system that enables us to step onto the regenerative path, we need to develop our collective consciousness beyond modernism. However, if we get stuck in post-modernism, we will just keep arguing amongst ourselves, and we won’t be able to take the actions needed to change paths. Clearly, we now need to evolve into an era of meta-modernist collective consciousness.

Terence Sexton BSc. MSc. MBA is a Business Psychologist with over twenty years of experience consulting across a wide range of industry sectors. He works mainly with leaders delivering Executive Profiling, Coaching and Leadership Development. In recent years, Terence’s focus has been on Sustainability Leadership, helping to ensure businesses are being led by leaders who can co-create a better future. When working with leaders, Terence facilitates the development of their consciousness alongside increasing their skills and knowledge. In doing so, he converts psychological theory and research into practical application. Terence asserts that we need to develop our collective consciousness if we are to create a sustainable society.