When the impacts get really bad, people will act. Maybe it will be an especially destructive hurricane, heat wave, or flood. Maybe it will be multiple disasters at once. But at some point, the severity of the problem will become self-evident, sweeping away any remaining doubt or hesitation and prompting a wave of action. 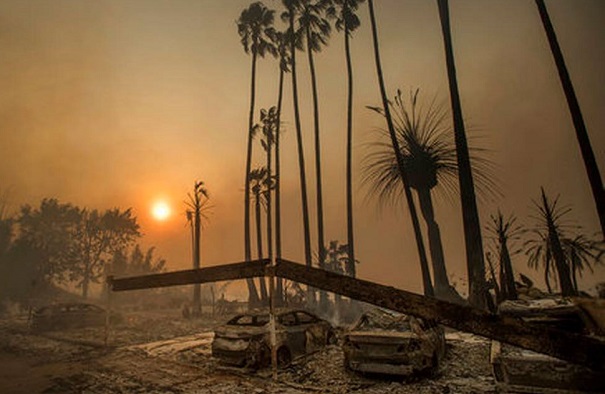 From this perspective, the scary possibility is that the moment of reckoning will come too late. There’s a time lag in climate change — the effects being felt now trace back to gases emitted decades ago. By the time things get bad enough, many further devastating and irreversible changes will already be “baked in” by past emissions. We might not wake up in time.

That is a scary possibility. But there is a scarier possibility, in many ways more plausible: We never really wake up at all.

No moment of reckoning arrives. The atmosphere becomes progressively more unstable, but it never does so fast enough, dramatically enough, to command the sustained attention. Instead, it is treated as rising background noise.

The youth climate movement continues agitating, some of the more progressive countries are roused to (inadequate) action, and eventually, all political parties are forced to at least acknowledge the problem — all outcomes that are foreseeable on our current trajectory — but the necessary global about-face never comes. We continue to take slow, inadequate steps to address the problem and suffer immeasurably as a result.

Humans often don’t remember what we’ve lost or demand that it be restored. Rather, we adjust to what we’ve got.

Concepts developed in sociology and psychology can help us understand why it happens — and why it is such a danger in an age of accelerating, interlocking crises. Tackling climate change, pandemics, or any of a range of modern global problems means keeping our attention on what’s being lost, not just over our lifetimes, but over generations.

So what are shifting baselines? Consider a species of fish that is fished to extinction in a region over, say, 100 years. A given generation of fishers becomes conscious of the fish at a particular level of abundance. When those fishers retire, the level is lower. To the generation that enters after them, that diminished level is the new normal, the new baseline. They rarely know the baseline used by the previous generation; it holds little emotional salience relative to their personal experience.

And so it goes, each new generation shifting the baseline downward. By the end, the fishers are operating in a radically degraded ecosystem, but it does not seem that way to them, because their baselines were set at an already low level.

Over time, the fish goes extinct — an enormous, tragic loss — but no fisher experiences the full transition from abundance to desolation. No generation experiences the totality of the loss. It is doled out in portions, over time, no portion quite large enough to spur preventative action. By the time the fish go extinct, the fishers barely notice, because they no longer valued the fish anyway.

It’s easy to see the same thing happening on a larger scale with climate change. Few people are aware, in a conscious way, of how many hot summer days were normal for their parents’ or grandparents’ generation. Recent research shows that “extremely hot summers” are 200 times more likely than they were 50 years ago. Did you know that? Do you feel it?

Our extraordinary ability to adapt, to get on with it, to not dwell in the past, was enormously useful in our evolutionary history. But it is making it difficult for us to keep our attention focused on how much is being lost — and thus difficult for us to rally around efforts to stem those losses.

And so, little by little, a hotter, more chaotic, and more dangerous world is becoming normal to us, as we sleepwalk toward more tragedies.

Editor’s Note: This is a synopsis of a much longer article. To read the entire article go to VOX.