Siberia’s scorching, 100-degree temperature record made headlines in late June, but it was just the latest spike in a decade of historic heat waves across the Arctic that also set records for wildfires, thawing permafrost and melting sea ice. Such extremes, scientists said, show that Arctic warming is accelerating to outpace all but the most dire climate projections. 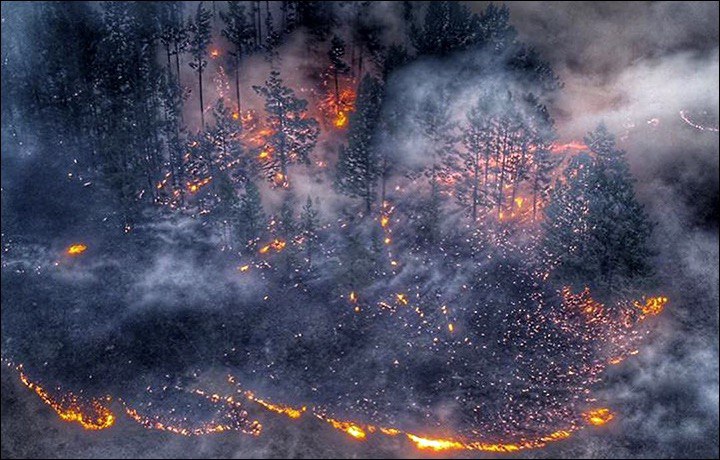 Intensifying warming in the Arctic trickles down to the rest of the world, melting Greenland’s ice to raise sea levels and flood coastal communities. It also shifts the paths of storms to intensify droughts, heat waves and flooding in more populated lower latitudes.

Siberia’s overall temperatures were more than 9 degrees Fahrenheit above average from January to June. The prolonged heat wave would have been impossible in a climate that had not been warmed by human greenhouse gas emissions, according to research released Wednesday by World Weather Attribution, a team of scientists that studies how warming influences the intensity and frequency of meteorological extremes.

At the current level of warming, about 1.5 degrees Fahrenheit above the pre-industrial era, such a heat wave could be expected once every 130 years, but if emissions aren’t cut, they could be commonplace by the end of the century, the scientists concluded in their study, which hasn’t been peer reviewed yet.

Lead author Andrew Ciavarella, of the United Kingdom’s national weather service, said the findings, which showed that the changing climate increased the chances of the prolonged Siberian heat by at least 600 times, are staggering. Global warming not only increased the likelihood of the six-month Siberian heat wave, but also increased its temperatures “by at least 2, and probably 3 degrees Celsius (3.6 to 5.4 degrees Fahrenheit),” he said.

He also noted that weather extremes in the High North have exceeded most climate models’ projections because those computer simulations are based on broad climate averages over wide areas. They also can’t account very well for the impacts of vicious cycles of warming like those involving permafrost and wildfires.

Editor’s Note: This is a synopsis of a much longer article at Inside Climate News.