Now through the end of March is a critical time for the U.S. Currently we are on the trajectory of Italy, the country worst hit by the virus. Given that they are ahead of us with their timeline, it is this week that we will see if the U.S. will continue down the same curve or not. The U.S. initiated ‘stay in place’ and ‘social distancing’ at least partially, five days earlier in our trajectory than Italy. The effect of this lead will become apparent this week… one way or another.

If we do not experience a change in the trajectory in the next week, the U.S. will continue to look like Italy. The news will only get worse. Health officials think we may see images of body bags in trucks in two to three weeks as the hospitals are overwhelmed with more patients than they have beds. This will have a profound affect psychologically on Americans. We’ve never experienced scenes like that domestically.

Every day there is new evidence that we do not know how this virus will run its course. There is developing evidence that the virus may be mutating. In Europe, and recently in the U.S., growing percentages of people under 50 are getting sick and dying from the virus. This was not the case in China and South Korea. A mutating virus would create a long-term crisis as the vaccines developed will be for a certain strain and new vaccine development will be in constant catch-up. 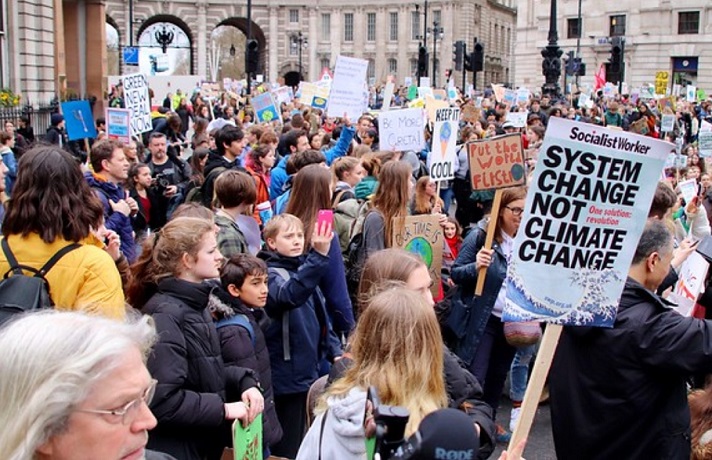 U.S. GDP in the first quarter will decrease by single digits from the same period in 2019; and somewhere between 10 to 15% in the second quarter. That scenario is, by definition, a recession.

An underlying assumption here is that the COVID-19 virus will act like the flu…  it will recede in summer months, and come back in the fall.  The ‘stay in place’ scenario we are all practicing may have to be repeated in fall 2020 and winter 2021. The lockdown of spring 2020 may become a repeatable event for the next year or two.

COVID-19 will lead to major disruptions, reorganizations, and business model failures. Here are areas where reality as we have known it will change:

The high cost of college will finally come home to roost. Colleges rightfully canceled classes for the remainder of the academic year. Most gave appropriate rebates for room and board, and stated that all courses would be held on-line. No rebates on tuition. There are a few problems with this. First, the vast majority of colleges do not have fully wrought on-line instruction or professors experienced to teach in this manner. This will become apparent in the months ahead.

Parents, when faced with paying for a less than adequate on-line experience for their children, will demand either a rebate for 2020 or a credit against the fall tuition. How will that work out?

Cheaper higher ed alternatives and the giants of on-line learning, such as University of Southern New Hampshire and Arizona State University, may have exploding numbers of students. On-line expertise versus mediocrity will be perceived as a better value. This will lead to a longer-term cost bifurcation in higher ed. Lower cost on-line and higher cost in person. A time of structural reckoning is ahead for higher ed.

The core of democracies – open, free and trusted elections – will be challenged. In the polarized environment of today this will be a big, loud issue.

It is an election year and already partisan politics is intruding on the humanitarian and health crises. In the U.S. the security of elections, access via mail, early voting and changes in registration will be top issues. As the Institute has stated in its first whitepaper, it is time for state-of-the art technology to become central in the electoral process.

Finally, will this pandemic lead to ever more authoritarian regimes, with their ability to waive personal freedoms to protect the citizenry from a health risk?

The End of Late Stage Capitalism

Capitalism has become increasingly dysfunctional in this century. Unprecedented wealth inequality is a major global issue. It is the root cause of street demonstrations world-wide ever since Occupy Wall Street. Now we have the rhythm of massive bailouts every decade to respond to the flaws in the system.

An issue that will increase going forward is – what is the purpose of the Federal Reserve in the U.S.? A growing number of economists will question its validity and its loyalty to the country, rather than to banks and equity markets.

Yes, humans collectively have short memories and will again gladly get on airplanes. However, coming into the pandemic, airlines had done a masterful job at alienating their customer base. Now that it has been revealed that airlines took the tax cut reduction and used it for stock buybacks that served shareholders, not stakeholders, the relationship between airlines and passengers will be less than pleasant and may result in structural changes.

Anyone who has traveled widely in recent years knows that over-crowding and long lines are now a travel reality. This pandemic will affect travel for years to come.

Connectedness and the Two Realities

Anyone who has read my writing or has heard me speak knows that I have emphasized two major forces regarding humanity’s use of technology today.

First, the single most significant force in the world has, is and will be ever increasing connectedness. There is no time, place or distance limiting human communication. Information travels at the speed of light via fiber optic cables and satellites. Our instantaneous, online, collective experience of the virus highlights this fact.

Second, I have consistently stated that the current iteration of humanity is the first to have to live in two realities: the physical reality and the screen reality. We as a society, as a culture, as an economy are moving to the screen reality. The immediate question is global bandwidth. The longer-term question is how much of this migration will become permanent, and therefore cause collapse of many currently accepted physical constructs.

Almost everything that exists in the physical reality will be replicated in the on-line, cyberspace world.

How much of our social commons, the public square, the marketplace will move to the screen reality? It will be transformative.

This was dealt with in the last column posted by Bob Leonard. I urge you to read it. The only thing to add is what was stated above: moving culture, society and the marketplace on-line is greatly beneficial to our environment.

Read the entire article at The Sarasota Institute.