So far, e-planes can carry only a few people on board. Now, the easyJet airline has started working with California startup Wright Electric to develop an engine for a 186-seat electric aircraft called Wright 1. From 2030, the first flights will already be available, and 186 passengers can be transported with zero emissions. 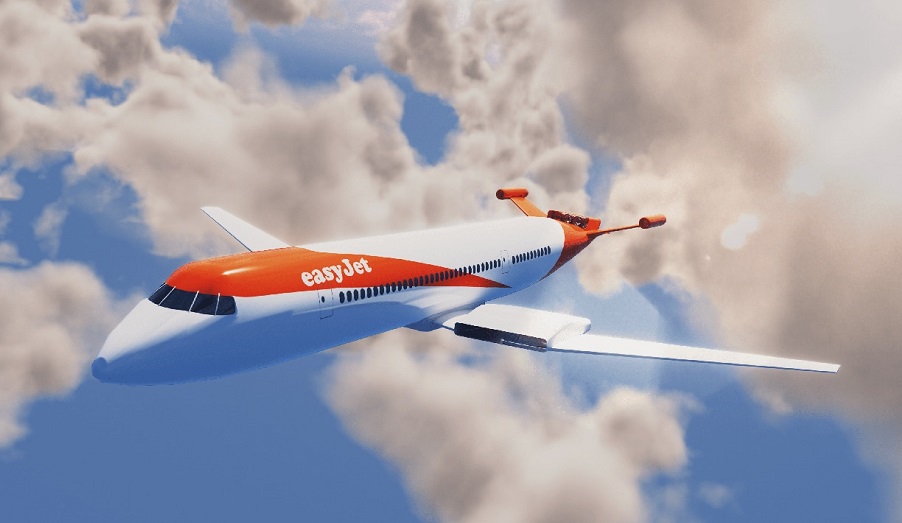 Wright Electric is designing an electrical propulsion system with power in the order of megawatts, necessary to allow 186-seat electric planes to fly. The new electric motor will be the engine of the “Wright 1” aircraft and will pave the way for aviation with zero CO2 emissions in Europe and worldwide.

The Wright 1 concept aircraft is equipped with a 1.5-megawatt electric drive and has a 3-kilovolt inverter. Unlike standard airplanes, the Wright 1 features multiple electric propulsion motors under each wing and a swappable battery pack with advanced cell chemistry. A total of 10-12 electric motors are to be integrated into the wings.

Wright 1 will be similar to a conventional plane body but with several modifications to improve the aerodynamics. According to the reports, the team aims for the plane to have a 1,000-mile range. Also, the electric planes are quieter than standard ones, and they’re less disruptive to the environment.

The startup is collaborating with the British aerospace company BAE Systems for flight control and energy management systems. According to the action plan, the US startup expects to conduct tests of its engine on the ground in 2021 and in-flight in 2023 and then be operational in 2030.

easyJet is the first airline to offset CO2 emissions on all flights in its network. The airline’s priority is to continue to work on reducing its carbon footprint in the short term, coupled with long-term work to support the development of new technology, including its partnership with Wright Electric on the development of electric planes, which aspire to radically reduce the carbon footprint of aviation.

Mercedes-Benz Frees Up Cash to Build Electric and Autonomous Vehicles