Portuguese oil company Galp Energia will become one of the biggest players in Europe’s booming Spanish solar market after closing a €2.2 billion ($2.4 billion) deal for the solar assets of Spanish construction firm ACS. 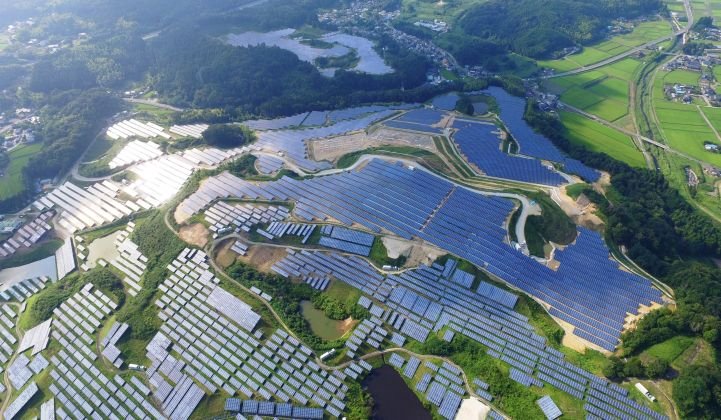 The deal includes 900 megawatts of operational assets and a pipeline expected to yield a further 2 gigawatts by 2023. ACS, via subsidiary Cobra Concesiones, won 1,550 megawatts in Spain’s 2017 auction.
Galp plans to direct 10 to 15 percent of its future investments toward a “competitive renewable and new businesses portfolio,” Galp CEO Carlos Gomes da Silva said in a statement. That percentage is much higher than the amount invested by most other oil companies.

The deal will strengthen Galp’s position as an integrated energy player and represents a significant step toward our commitment to support a gradual transition into a lower-carbon economy,” Gomes da Silva said. Galp said it will self-finance the Spanish solar pipeline and sell completed assets as necessary to keep its total net spend between €1 billion and €1.2 billion annually.

Spain was the largest European PV market in 2019 with 4,680 megawatts installed, according to SolarPower Europe. Conservative estimates from the Spanish trade body UNEF put annual installs at 3 gigawatts per year through 2030.

According to data from Wood Mackenzie, Spain represents almost half of Europe’s subsidy-free solar pipeline. And it has a huge 15-gigawatt pipeline of projects planned between 2020 and 2024.

“Spain remains Europe’s hottest PV market in 2020, following more than 4 gigawatts of installations in 2019,” Tom Heggarty, principal analyst at Wood Mackenzie’s energy transition practice told GTM. “There is a huge pipeline of assets in development – the key challenge for new market entrants is acquiring projects with grid connection agreements. More companies are looking to take the same approach as Galp by using M&A to enter the market – this represents the sixth announced M&A transaction in the Spanish solar PV market since the beginning of 2020,” he added.