Editor’s Note: This is exactly the kind of industrial evolution we describe in “Moving to a Finite Earth Economy”. In this instance, it’s the agriculture industry. This tech firm not only provides the technology to quickly and efficiently transform today’s factory farms from CO2 emitters to CO2 absorbers, they provide a way for farmers to easily and cost effectively make the transition. While we are not endorsing this particular tech vendor, we do think they have a winning product and business model.

In the popular imagination, solutions to climate change are often boiled down to reducing fossil fuel use and investing in alternative energy. Some would add underground carbon storage schemes or geoengineering techniques to the list, and perhaps tack on conserving forests and planting trees, as everyone knows this is nature’s way of pulling carbon out of the atmosphere. 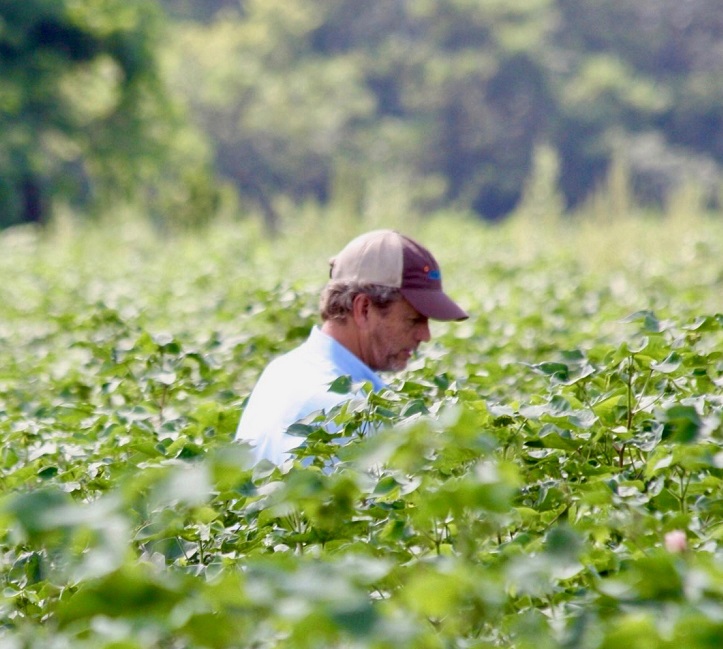 CEO David Perry, surrounded by some of the 3 million acres of farmland under contract with Indigo Ag.

But all plants absorb carbon as they photosynthesize, including corn, soybeans, wheat and the other commodity crops that now blanket huge swaths of the planet. And just like the trees in a forest, crops interact with microbes in the soil to produce organic matter, a stable form of underground carbon storage that outlasts the growth and decay of above ground vegetation. Farmland is (potentially) a vast, inexpensive way to sequester carbon and store it long-term.

The problem is that modern agricultural practices emit far more carbon than they sequester. In addition to emissions from tractor fuel, and petroleum-based fertilizers and pesticides, common practices such as slash-and-burn, and even old-fashioned tillage, release carbon stored in plants and soils into the atmosphere. But minor tweaks to production methods — including planting cover crops, employing no-till cultivation, and converting to rotational grazing — begin to reverse the flow of carbon from the sky back to the farm.

Estimates of the carbon sequestration capacity of the planet’s farmland range from a quantity sufficient to cancel out current agricultural emissions up to an amount that would offset all global carbon emissions. The good news is that increasing soil carbon is the same as increasing organic matter content, which every gardener knows is the key to a healthy and productive landscape. Switching to climate-friendly growing practices can potentially cut farmers’ cost and boost their yields in the long term, but making the transition to “regenerative agriculture” is difficult for farmers operating on razor-thin profit margins.

This is the business proposition behind the Terraton Initiative at Indigo Ag, a tech company attempting to disrupt Big Ag with products like microbe-coated seeds and professional data crunchers who help farmers figure out how to grow more food with fewer chemicals. Indigo Ag, which has attracted $650 million in venture capital since its founding five years ago and is currently valued at $3.5 billion, earned the top spot on CNBC’s Disruptor 50 list in May. That was before they announced their plan to establish the world’s first carbon market dedicated wholly to agriculture. The goal is to sequester a terraton (a trillion tons) of carbon on farms, paying farmers $15 per ton for the favor.

See the entire article and an interview with the CEO of Indigo Ag at Modern Farmer.