Editor’s Note: In “Moving to a Finite Earth Economy” we discuss a broad spectrum of technologies (existing and in development) that will be necessary to reduce and eliminate (and drawdown) GHG emissions. Energy storage is one of the most important, so this announcement by Tesla is a major breakthrough… a game changer.

Tesla has filed patents for a battery system that could last one million miles, enough for 76 years of driving for the average American motorist. Has anyone ever asked for such a car? It’s not obvious they have. But if you are in the mind of Musk, you will see past that, to a future fleet of cars that can transform into driverless, automated taxis when not being used by their owners. A fleet that he hopes will turn into a big new profit center for Tesla.

Leading battery researchers in the United States and Europe, while uncertain about the cost of the Tesla system, say a new academic paper describing the million-mile battery is rigorous and convincing. “The results are spectacular,” said Gerbrand Ceder, a professor of materials science at University of California, Berkeley.

The paper, co-authored by Jeff Dahn, a professor at Dalhousie University in Canada, who is on contract with Tesla, suggests a substantial advance for driverless taxis, buses, and semi-trucks that can recharge in roughly 20 minutes, along with electric grid batteries boasting two-decade lifespans. These are among the greatest ambitions of the new electric age, and a new lithium-ion battery that does what Dahn describes would go far in reviving Musk’s reputation for mastery of applied cutting-edge technology. 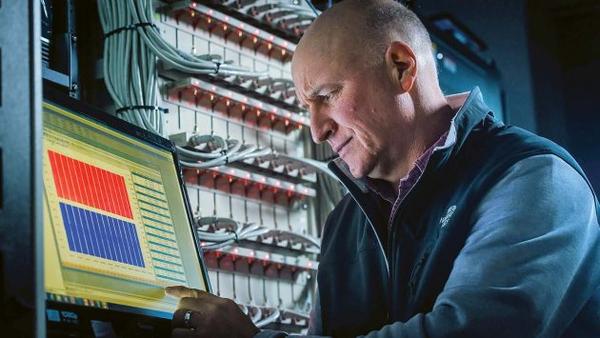 In August 2018, Tesla had filed provisional patents for two Dahn inventions, both involving the million-mile battery. Provisional patents are used to stake a claim before you have actually finished work on an invention, giving you a year to complete it. On Sept. 12, a few days after publication of the Dahn paper, Tesla, signaling that the invention was ready, filed for the two patents.

The central fact lending Musk credibility in this pronouncement, at least within the battery field, was the presence of Dahn — a meticulous, often daring physicist known never to bullshit, and instead to call out peers who did.

The paper, published in the Journal of the Electrochemical Society with a byline shared by Dahn and 13 co-authors, is at once breathtakingly comprehensive and rhetorically immodest. Its first lines explicitly stake a claim for establishing a “benchmark” for future research, a baseline to be used by peers and companies alike for batteries of all types. But as a sign that they were adhering to Dahn’s no-BS reputation, they also disclosed their data and asked peers to replicate the findings. In an unusual twist, they attached still-live battery cells to barcodes, and made them trackable online.

None of the half-dozen researchers I contacted for this story seemed to take umbrage at Dahn’s presumptions, but from what I could tell instead seemed content to let him assume the lead in getting the field to a better place. A researcher who did not want to be quoted said the Dahn battery “could become the standard.”

Read the entire article at Marker.

Financial Institutions Must Account for the Value of Natural Capital