Climate change is a timed test, one of the first that our civilization has faced, and with each scientific report the window narrows. By contrast, cultural change — what we eat, how we live — often comes generationally. Political change usually involves slow compromise, and that’s in a working system, not a dysfunctional gridlock such as the one we now have in Washington. And, since we face a planetary crisis, cultural and political change would have to happen in every other major country, too. 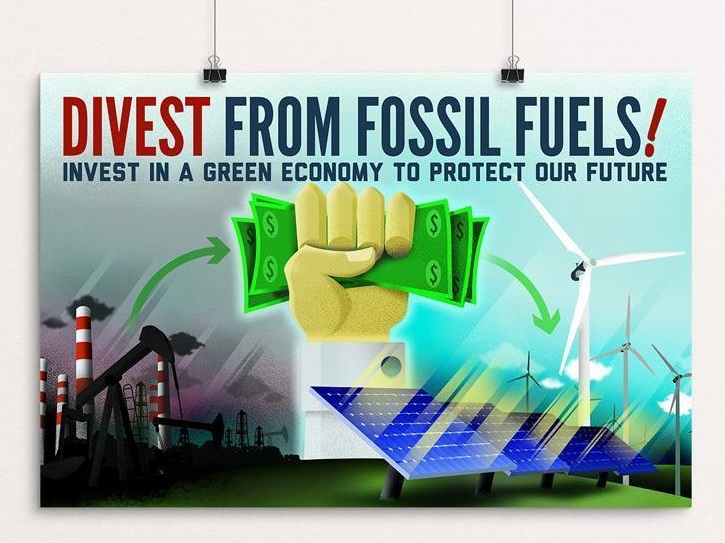 But what if there were an additional lever to pull, one that could work both quickly and globally? One possibility relies on the idea that political leaders are not the only powerful actors on the planet — that those who hold most of the money also have enormous power, and that their power could be exercised in a matter of months or even hours, not years or decades. I suspect that the key to disrupting the flow of carbon into the atmosphere may lie in disrupting the flow of money to coal and oil and gas.

Following the money isn’t a new idea. Seven years ago, 350.org (the climate campaign that I co-founded, a decade ago, and still serve as a senior adviser) helped launch a global movement to persuade the managers of college endowments, pension funds, and other large pots of money to sell their stock in fossil-fuel companies. It has become the largest such campaign in history: funds worth more than eleven trillion dollars have divested some or all of their fossil-fuel holdings. And it has been effective: when Peabody Energy, the largest American coal company, filed for bankruptcy, in 2016, it cited divestment as one of the pressures weighing on its business, and, this year, Shell called divestment a “material adverse effect” on its performance. The divestment campaign has brought home the starkest fact of the global-warming era: that the industry has in its reserves five times as much carbon as the scientific consensus thinks we can safely burn. The pressure has helped cost the industry much of its social license; one religious institution after another has divested from oil and gas, and Pope Francis has summoned industry executives to the Vatican to tell them that they must leave carbon underground. But this, too, seems to be happening in too-slow motion. The fossil-fuel industry may be going down, but it’s going down fighting. Which makes sense, because it’s the fossil-fuel industry — it really only knows how to do one thing.

So now consider extending the logic of the divestment fight one ring out, from the fossil-fuel companies to the financial system that supports them. Consider a bank like, say, JPMorgan Chase, which is America’s largest bank and the world’s most valuable by market capitalization. In the three years since the end of the Paris climate talks, Chase has reportedly committed a hundred and ninety-six billion dollars in financing for the fossil-fuel industry, much of it to fund extreme new ventures: ultra-deep-sea drilling, Arctic oil extraction, and so on. In each of those years, ExxonMobil, by contrast, spent less than three billion dollars on exploration, research, and development. A hundred and ninety-six billion dollars is larger than the market value of BP; it dwarfs that of the coal companies or the frackers. By this measure, Jamie Dimon, the C.E.O. of JPMorgan Chase, is an oil, coal, and gas baron almost without peer.

But here’s the thing: fossil-fuel financing accounts for only about seven per cent of Chase’s lending and underwriting. The bank lends to everyone else, too — to people who build bowling alleys and beach houses and breweries. And, if the world were to switch decisively to solar and wind power, Chase would lend to renewable-energy companies, too. Indeed, it already does, though on a much smaller scale. (A spokesperson for Chase said that the bank has committed to facilitate two hundred billion dollars in “clean” financing by 2025, but did not specify where the money will go. The bank also pointed out that it has installed 2,570 solar panels at branches in California and New Jersey.) The same is true of the asset-management and insurance industries: without them, the fossil-fuel companies would almost literally run out of gas, but BlackRock and Chubb could survive without their business. It’s possible to imagine these industries, given that the world is now in existential danger, quickly jettisoning their fossil-fuel business. It’s not easy to imagine — capitalism is not noted for surrendering sources of revenue. But, then, the Arctic ice sheet is not noted for melting.

Read the entire article at The New Yorker.