Editor’s Note: Part of the problem with climate denial has been that the crisis has been under-reported in the mass media. Another byproduct of our economic system – news outlets learned that climate reporting was bad for ratings, and low ratings mean low profits. Finally, the tide is turning as people see the effects of climate change in their own lives, they are becoming interested. Just in this past week, Time magazine devoted an entire issue to the climate crisis, and the LA Times announced a new focus on climate. We can look forward to much more coverage going forward. 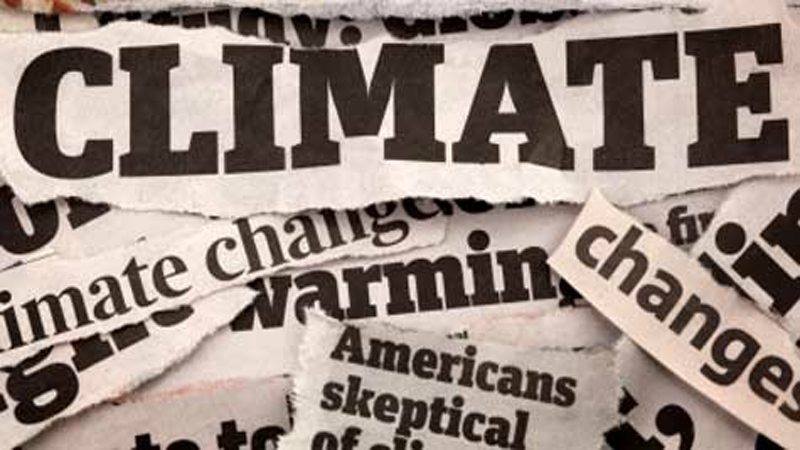 You can read the entire article at EcoWatch.

For most of the media, especially in the U.S., there has been either silence or, worse, getting the story wrong. Reporters and their news organizations sidelined climate stories as too technical or too political or too depressing. Spun by the fossil fuel industry and vexed by their own business problems, media outlets often leaned on a false balance between the views of genuine scientists and those of paid corporate mouthpieces. The media’s minimization of the looming disaster is one of our great journalistic failures.

It is heartening, then, to report that the press may at last be waking up to the defining story of our time. At the end of April, Columbia Journalism Review and The Nation launched Covering Climate Now, a project aimed at encouraging news organizations, here and abroad, to raise their game when it comes to climate coverage. We weren’t going to tell people what to write or broadcast; we just wanted them to do more coverage, and to do it better. Close the gap, we urged them, between the size of the story and the ambition of your efforts. Try it for a week, then report back on what you learned.

We had a hunch that there was a critical mass of reporters and news outlets that wanted to do more climate coverage, and hoped that by highlighting that critical mass, we could also help to grow it. That’s exactly what has happened. Our initiative has been embraced by more than 250 news outlets from across the U.S. and around the world — big outlets and small, print and digital, TV and radio — with a combined audience of well over 1 billion people. Their response has been amazing, and gratifying.

We believe that Covering Climate Now is the biggest effort ever undertaken to organize the world’s press around a single topic. (You’ll find a list of partners here, and you can follow all of us on Twitter at #CoveringClimateNow.)

This is a chance for big media organizations to lead, and to help others along. The climate story stretches across all journalistic beats; it demands that we dismantle the usual silos. Covering it well may require a bit of cooperation and collaboration that is antithetical to how we usually work. Take this on as a problem that is bigger than your own newsroom.