Pension funds and other big-dollar investors have long been challenging fossil fuel companies on climate change. In response, some have stepped up their efforts to cut greenhouse gas emissions. ExxonMobil is one of the holdouts, but cracks in its armor are finally beginning to show.

Reuters recently reported that the company has written a letter to the U.S. Securities and Exchange Commission (SEC), asking the agency to block shareholders from voting on a proposal that would force the company to set greenhouse gas targets. 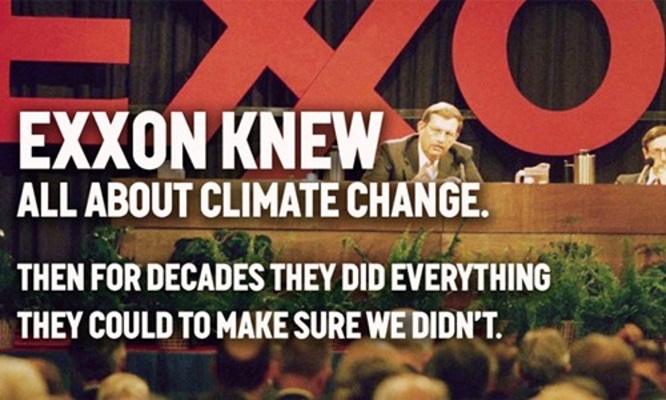 The SEC request is significant to the degree that it reflects ExxonMobil’s concern over losing control of the climate change narrative. For many years, ExxonMobil was a powerful force on the public debate about climate change, here in the U.S. and to some extent abroad.

Even as overwhelming scientific consensus pointed to the connection between climate change and human-caused greenhouse gas emissions related to fossil fuels, ExxonMobil garnered considerable notoriety for funding “think thanks” and other lobbying efforts aimed at side-tracking the issue and diffusing concern.

In recent years, however, the facade has begun to crumble. Climate change is a matter of now, not when, and certainly not if.

As more risks and effects pile up, the debate over climate change has shifted. The earlier focus was on environmental protection. Now the concerns include financial risk. This current focus provides shareholders with a firm bottom line platform to advocate for change.

ExxonMobil is facing legal action over climate change on a number of different fronts, including the potential for charges of racketeering. The letter in question is a response to a new threat, a first-of-its-kind shareholder resolution filed last December by a group of institutional investors.

The group is spearheaded by New York State Comptroller Thomas P. DiNapoli on behalf of New York State’s pension fund. The resolution asks ExxonMobil to disclose short-, medium- and long-term greenhouse gas targets that are consistent with the Paris Agreement, beginning next year.

In addition to New York State, other institutional supporters of note are CalPERS, HSBC Global Asset Management, Presbyterian Church USA, SHARE on behalf of Fonds de Solidarité des Travailleurs du Québec, and the Church Commissioners on behalf of the Church of England.

One way or another, ExxonMobil and its shareholders face a day of reckoning. Meanwhile, if the SEC allows the new shareholder resolution to move forward, a vote on the proposal is expected in May.