A monumental shift in public engagement around climate change is underway. Over the past few months, NBC’s Meet the Press dedicated an entire show to climate change, media giant Apple outbid all comers for the rights to a planned climate TV series, and even the conservative Wall Street Journal allowed the four living ex-Federal Reserve chairs to pitch carbon pricing on its opinion page. And The New York Times now has two digital sections dedicated to environment.

The seismic upshift in mainstream media’s attention to climate reflects the interests of its market and the fact that climate change is just getting too hard to deny. Last year placed among the five hottest years on record. The other four have taken place since 2014, which makes for a pretty convincing stretch. 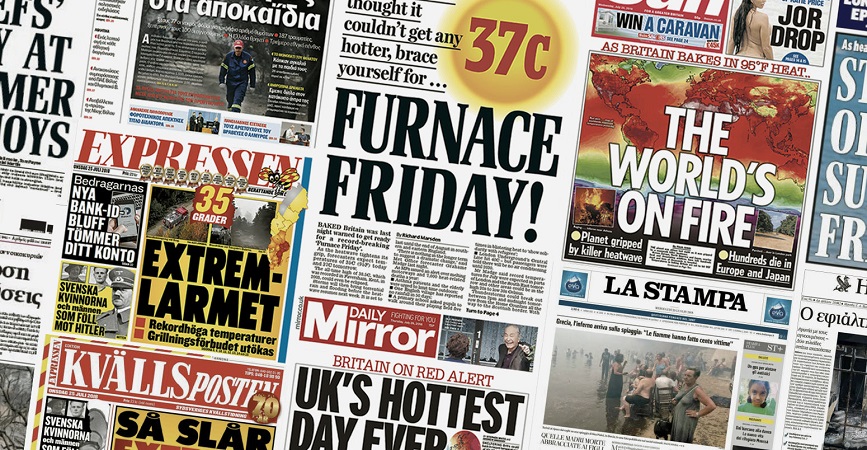 That the climate is changing has not been lost on the bulk of Americans, according to survey data from Yale University that also shows a clear majority believes humans to be the cause. Widespread recognition of climate change exists despite decades of effort from the industry of climate denialism.

The implications for policy are dire. Assuming, for a moment, that politicians are just as gullible as anyone, it’s understandable that they would as a result be more likely to view support for clean energy as a political liability.

Which might explain the two-faced nature of our own Congress’ engagement with climate. An example of this is the recent report, from the Department of Defense, that assessed vulnerability of US military bases to damage from climate-related events such as sea level rise, extreme heat and fire. The report was mandated by the same 115th Republican-controlled congress now infamous for its anti-climate-action orthodoxy. Only a few months later the House of Representatives pandered to its climate denying constituencies (both real and imagined) by very publicly passing a resolution opposing efforts to price carbon.

The true opinions of our legislators aside, the American people are all about climate. In the past week Democrats have put forth a Green New Deal to push the country to full renewable energy by the end of the next decade. Those opposed call it naïve or too expensive, but few have called it unnecessary.

Globally, the Pope, has pushed business executives to take climate action, while a global group of institutional investors managing a collective $80 trillion in assets demands corporate transparency on climate risk. The group, called Principles for Responsible Investment, believes massive action from governments on climate, what it calls an inevitable policy response, will upend global financial markets, and risk financial harm to those who choose to look askance. The bottom line is that the spiritual, the pragmatic, and increasingly everyone in between are now preoccupied with climate.

Is this just a moment in time? Has a year punctuated by unprecedented California wildfires, the release of reports from both the United Nations and the US government stating the severity and danger of climate change, and the most recent of polar vortexes turned us all into temporary climate worriers, soon to be distracted by a fresh set of crises?

For the answer to this question, just take a look at the growing list of major oil companies, ExxonMobil  and Shell among them, that support carbon pricing because they know it’s inevitable, and at the politicians who apparently really do worry about climate even when they’d have us believe that they don’t. Not to be underestimated is a whole generation of young Americans clamoring for climate solutions. They’ll be our future leaders.