Climate change is not a distant threat for Miami; it’s a daily presence in people’s lives. The city has been fighting to stay above water for decades. It knows that its future as a vibrant international hub for business, tourism, arts and culture depends on making the city more resilient to the impact of global warming.

Our current efforts to protect coastal cities will fall short of what will be required in decades to come. For in spite of global efforts to rein in carbon dioxide emissions that cause global warming, they continue to rise and expose coastal cities like Miami to more extreme weather events and rising seas. And yet, the world’s biggest economies invested only about $25 billion on adaptation overall in 2014, despite losing many times that amount to floods, storms, wildfires and droughts. Clearly, more investment is needed to build resilience, especially to protect the world’s coastal regions and cities. 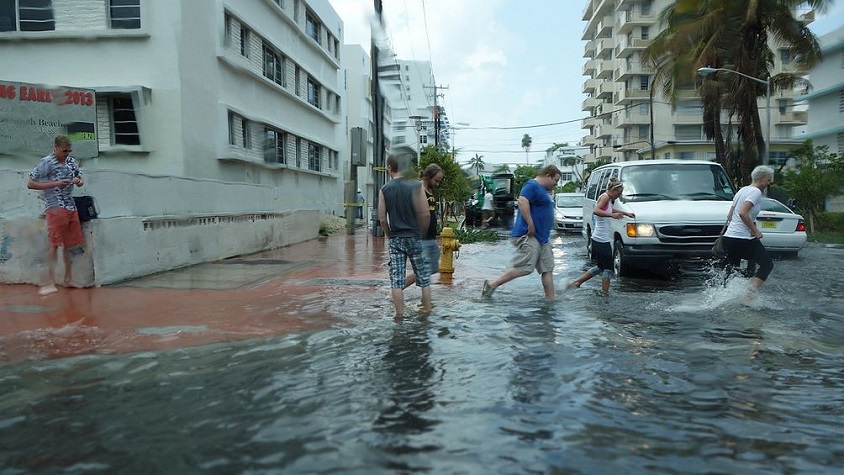 We have also learned that there is strength in numbers. Miami can access a wealth of resources, including sea level rise projections, thanks to its membership in regional bodies like the Southeast Florida Regional Climate Change Compact. The city has also gained a broader perspective on urban resilience challenges and approaches by joining global networks such as the Global Commission on Climate Adaptation and 100 Resilient Cities.

Finally, we have learned that effective adaptation is a collective endeavor. It requires a holistic, long-term approach that takes into account the needs of our citizens today and in the future. This requires robust and meticulous long-term planning, informed investment in resilient infrastructure, adapting land use and building policies to address the climate challenge, advancing new transportation solutions, educating and informing citizens about climate change, training and mobilizing volunteers during emergencies, informing private property owners of climate risks, and forging partnerships with research institutions and business innovators. As this long list makes clear, there isn’t a single aspect of our daily lives that isn’t affected by climate change.

That is why leadership, particularly from city governments like Miami’s, is so important in driving investment in adaptation. That’s why Miami voters approved the $400 million Miami Forever Bond. The program is the city’s answer to the shortfall of investment in adaptation. It brings together city planners, private sector innovators and citizens to build a stronger, more resilient future for Miami. Almost half this amount is being invested in flood defenses and other measures to combat the effects of rising sea levels. The remaining funds will be invested in affordable housing, tree planting, road work and an innovative approach to urban landscape design that will allow residents to continue enjoying waterfront access while improving drainage and sea wall defenses.