Crab fishing on the West Coast has become so threatened by warming oceans that a coalition of commercial fishers has now joined the climate litigation fray with a lawsuit filed to hold 30 fossil fuel companies accountable for losses caused by climate change.

The lawsuit, filed in San Francisco County Superior Court by the Pacific Coast Federation of Fishermen’s Associations, seeks damages on behalf of crab fishers, their businesses and families, and local communities in California and Oregon. It describes losses caused by the closing of crab fishing waters over the past four years because of algae blooms in the warming Pacific waters, and warns that these closures will keep happening as warming continues. 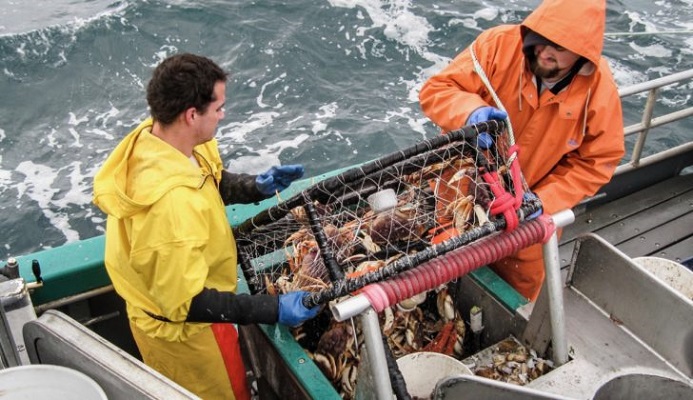 “These changes threaten both the productivity of commercial fisheries and safety of commercially harvested seafood products,” the lawsuit says. “In so doing, they also threaten those that rely on ocean fisheries and ecosystems for their livelihoods, by rendering it at times impossible to ply their trade.”

Because of the ocean warming brought on by greenhouse gas emissions, the crab fishing industry has been deprived of fishing opportunities, and consequently suffered severe financial hardships, the lawsuit says. “These injuries derive from rising ocean temperatures in the eastern Pacific Ocean generally and periodic extreme marine heat waves —t he results of anthropogenic ocean warming caused by the foreseeable and intended use of defendants’ products,” the suit says.

Significant portions of the Dungeness crab fishing region along the Pacific Coast have been closed repeatedly since 2015, including parts along the West Coast this year, according to the lawsuit. Warming water can generate algae blooms that can cause a buildup in shellfish of domoic acid, a potent neurotoxin that is a health threat to people and an economic threat to the entire crab fishery. Earlier this month, the California Department of Public Health issued a warning not to eat the internal organs of Dungeness crab from the Bodega Bay or Russian River areas because of high levels of domoic acid.