Every year, Bloomberg NEF runs its New Energy Outlook (NEO) for the future of the world electricity system, taking into account projections for country-by-country demand, technology costs, the transition in transport and many other variables – without assuming any new policy measures. Every year, this modeling exercise seems to produce a big surprise.

Read the entire article at BloombergNEF.

This time, with a forecast horizon set for the first time at 2050, NEO’s big surprise is that wind, solar and batteries are set to become far more deeply entrenched in the generation mix of almost every country than anyone has so far thought possible. 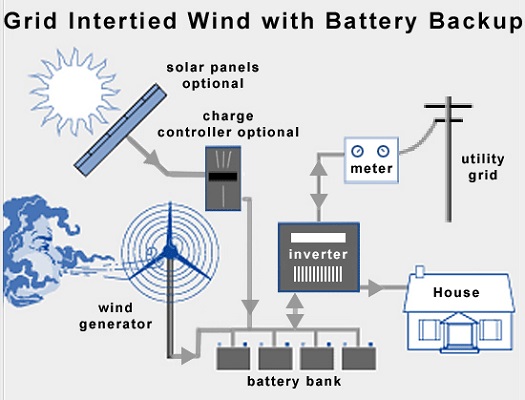 Cheap renewables and batteries remake the world’s power systems, with wind and solar producing nearly half of world electricity by 2050

That is the headline message of the NEO 2018. In fact, we claim solar and wind have already won the race for cheap, bulk electricity – it just hasn’t finished playing out yet. In the report, we strip away policy drivers and show how economics alone might deliver a least-cost system filled with clean energy by the middle of the century.

At its heart, NEO is a technology story. It is the story of a shift from resource economics and fuel extraction, to manufacturing, where large-scale production of thousands of small modular components in a competitive environment drives incremental innovation and dramatic cost declines. Perhaps the most iconic example of this cost decline in the energy sector, and some might argue the most important data set in energy economics today is the PV module experience curve. Going back to the U.S. space program in the 1970s, it describes a cost reduction of 28.5% for every doubling of PV capacity – in other words, an exponential decline. Following this curve, the price of PV modules has dropped 83% since 2010.

Wind shows a 10.5% experience curve on a dollar per MW basis. This is less precipitous than PV, but for wind the reduction in unit cost is only part of the story – we are also getting much more energy per megawatt deployed. The average capacity factor of onshore wind has risen from around 20% in 2000, to close to 35% today. This is the result of bigger turbines, taller towers that lift turbines into less turbulent air, computer modeling to better position turbines across the landscape, and more sensors gathering data that can be used to help improve operational performance and reduce maintenance costs, as well as to feed into the development of the next generation of machines.

The challenge for regulators and policy-makers is twofold. First they need to figure out how to pay for the bulk, cheap renewable energy units that run at close to zero marginal cost and all generate at once, cannibalizing their own energy prices. At the same time they need to figure out how to pay to keep conventional thermal plants online and available, and to build the new facilities needed to provide back-up as the older plant retire. Second – if they are serious about addressing climate change – they need to accelerate the transition to wind, solar and batteries and start direct more money and attention to the next phase of low-carbon technology that can offer a zero-emissions substitute for gas to balance the system and bridge the seasonality gap.