Three northeastern US states signed up for a cumulative 1,200 megawatts (MW) of offshore wind power, and hinted at even more ambitious goals in the future.

Read the entire article at Quartz.

On May 23, Massachusetts’s awarded its first offshore-wind contract to Vineyard Wind for a 800 MW, 100-turbine farm to be built further offshore then previous projects were planned for, in order to avoid local opposition. It will fulfill the first half of a legal commitment, made in a 2016 energy law, by the state to purchase 1,600 megawatts of offshore wind. 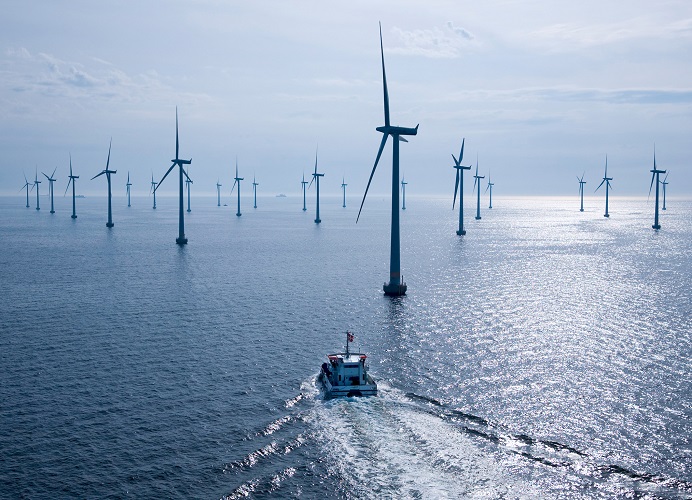 Massachusetts’s neighbor Rhode Island followed suit, contracting its own 400 MW, 50-turbine project with Deepwater Wind, the company behind the 30-MW Block Island Wind Project, the US’s first offshore wind farm, completed in 2016. That will help Rhode Island reach its goal of increasing the state’s renewable-energy capacity 10-fold (to 1,000 MW) by 2020. Both wind farms will be built in the Wind Energy Area, 164,750 acres of federal waters between Block Island and Martha’s Vineyard designated for wind development.

All together, the Union of Concerned Scientists estimates the new contracted wind farms will offset emission equivalent to removing about 270,000 cars from the road while powering more than 600,000 households. The organizations reports this is just the beginning. Connecticut, New York, Maryland, and Virginia are all planning to add offshore wind into their renewable energy mixes. That’s a drop in the bucket compared to Europe, but the Department of Energy expects US offshore wind capacity to grow from 30MW today to 22,000 MW by 2030.

There’s no lack of wind off the Atlantic coastline of the US. “We could run the whole east coast on offshore wind,” Amory Lovins, co-founder of the Rocky Mountain Institute, a sustainability research firm, told The New York Times. The offshore-wind industry has hit its stride after Europe’s massive investments helped refine turbines, and drive down prices.