New York Attorney General Barbara Underwood has asked for a court order to force ExxonMobil to turn over financial documents she said the company has withheld during her office’s investigation into whether the company misled shareholders and the public about climate change.

In a request filed last week, Underwood said the state’s investigation has already turned up evidence that the oil company used one set of data to estimate climate risk it shares publicly and a second set of numbers for its internal calculations. The state subpoenaed Exxon for documents it believes contain the second set of numbers but has yet to receive them. 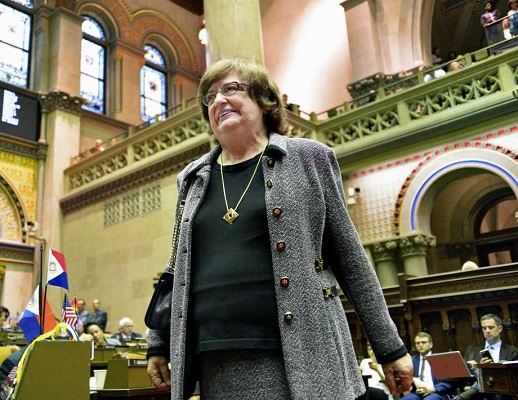 Exxon uses those estimated costs to determine how much government regulations to reduce greenhouse gas emissions in the future will cost the company. The estimates also impact the company’s investment decisions and the value of its oil fields and other assets.

Underwood said that second set of numbers are lower cost estimates, and they create a rosier picture of Exxon’s future sales of oil and gas. Exxon said in its most recent company report that climate policy poses “little risk” to its fossil fuel reserves.

The evidence obtained in the course of (Office of Attorney General’s) investigation provides substantial reason to believe that Exxon’s representations were false and misleading,” according to Underwood’s filing.

“For many years, Exxon concealed from the public that it maintained a second set of proxy costs, separate from the figures it disclosed to the public in its annual Outlook Reports, and implied that the costs set forth in the Outlook Reports were the same as those used in making cost projections for investment decisions,” the filing said.

The oil company has fought hard to derail the investigation. It asked a Texas court to stop New York’s probe, arguing that the investigation was politically motivated and violated its free speech and other constitutional rights. The case was transferred to New York, where U.S. District Court Judge Valerie Caproni dismissed Exxon’s challenge in March and called the company’s claims “a wild stretch of logic.”