The emerging science, that is increasingly able to determine how much of an extreme weather event is attributable to climate change, may drive growth in climate liability suits, according to a new paper published in the Journal of Energy and Natural Resources Law.

The paper, by environmental lawyers Sophie Marjanac of ClientEarth and Lindene Patton of Earth & Water Law Group, is titled Extreme Weather Event Attribution Science and Climate Change Litigation. Their conclusion is that there is a causal chain. 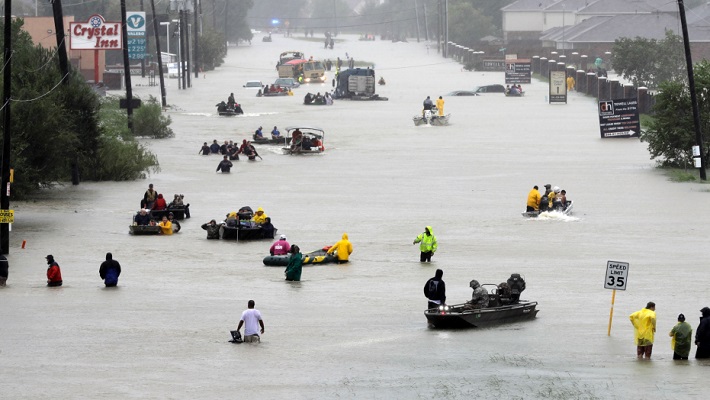 “Scientists are now able to better understand the drivers of extreme weather, and quantify the extent to which climate change shifts the goal posts of expected weather patterns,” the authors wrote.

The science of extreme weather attribution analyzes the relationship between extreme events and long-term climate disturbances such as volcano eruptions, solar variations, changes in land use and carbon emissions. It makes connections and predictions by using advanced (and rapidly improving) computational data to develop increasingly sophisticated climate models.

Recent attribution studies, for example, concluded that the rainfall from Hurricane Harvey, which devastated Texas last year, was up to 38 percent worse because of global warming. A collaborative effort, World Weather Attribution, has gathered a group of scientists dedicated to doing these studies rapidly after major weather events. The group concluded last year’s European heat wave was made at least four times more likely by climate change.

“We suggest that the science of event attribution may become a driver of litigation, as it shifts understanding of what weather is expected and, relevantly for law, foreseeable. This may have an impact on the duties of government actors as well as private parties,” Marjanac and Patton wrote. “We conclude that the first kind of litigation to emerge is most likely to arise from failures to adapt to, or to prepare for, our changing climate.”

One of the barriers to holding fossil fuel companies accountable for climate change is drawing a conclusive line between the impacts of global warming and the emissions that overwhelmingly drive it. Many of those impacts are related to extreme weather, including hurricanes or heavy precipitation events, heat waves and drought. So the ability to deduce how much climate change leads to these events is a crucial piece of the liability puzzle.