Read the entire article at AXIOS.

These results are among the first of several high-profile votes expected this spring at numerous energy companies’ annual meetings. It’s also the latest in a trend of investors increasingly calling on publicly held fossil-fuel companies to be more transparent about how policies to cut greenhouse gas emissions could impact their bottom lines. 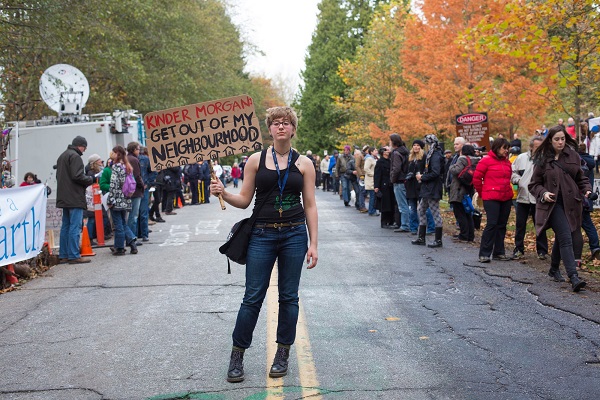 The two resolutions received majority support. One resolution calls on the company to issue a report detailing how its business would fare in a world that cuts greenhouse gas emissions roughly in line with the aspirations of the 2015 Paris climate accord. The other one calls for an annual sustainability report.

The resolutions aren’t legally binding, but a majority support typically indicates the company will act to respond in some way rather than ignoring it, which companies often do for resolutions that don’t pass the 50% threshold. The process, which for most companies occurs in the spring, has been called “shareholder democracy.”

A Kinder Morgan spokesman confirmed the votes and relayed a comment the company’s executive chairman, Rich Kinder, made at the meeting: “With regard to the two stockholder proposals that passed today: as you are probably aware, these proposals are non-binding; however, the Board will carefully consider the proposals and the information contained in the supporting statements in determining what actions to take with respect to them.”