You might remember this one from science class. Plants absorb water and carbon dioxide, and use sunlight to convert them into energy. Now scientists want to mimic that process using a technique called “artificial photosynthesis”. Dick Co of the Solar Fuels Institute says the goal is to pull water and carbon dioxide from the air and turn it into a liquid fuel.

In natural photosynthesis, plants rely on energy from the sun. But Co says artificial photosynthesis can be powered by any energy source, such as wind, solar, or hydropower. 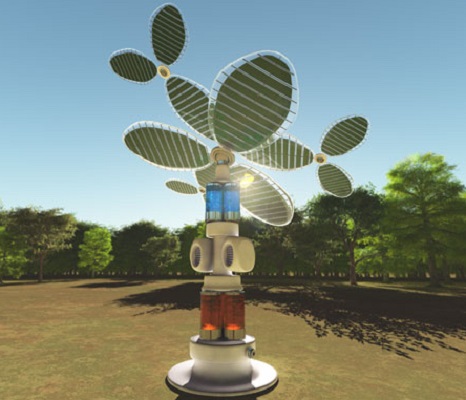 Dick Co: “The chemistry doesn’t care where the energy comes from.”

As long as the energy source is renewable, the process doesn’t add carbon dioxide to the atmosphere. And it’s a way to make good use of excess wind or solar power that might otherwise go to waste.

There are several financial and technical challenges to overcome. But Co’s not alone in believing it will transform the fuel market. The World Economic Forum named artificial photosynthesis one of the top ten emerging technologies of 2017.