Katharine Hayhoe isn’t your typical atmospheric scientist. Throughout her career, the evangelical Christian and daughter of missionaries has had to convince many (including her pastor husband) that science and religion need not be at odds when it comes to climate change.

Read the entire article at Sierra.

“Often our instinct is to think that if our uncles or neighbors who reject the science just knew the facts, they’d change their mind — that they just need more information,” Hayhoe told a room full of environmentalists earlier this month at the Natural Products Expo West convention in Anaheim, California. “But that’s assuming that people are blank slates waiting to be written on with the correct information — that if we go and find the right talking points or write more reports or make more videos or use cool communication tools to get our facts across, they’ll say, ‘Oh, thank you very much!’” 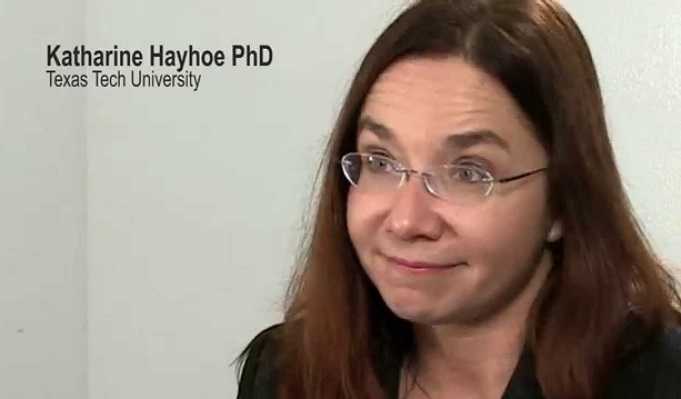 Hayhoe vehemently advises against engaging with the “smokescreens” dismissives tend to offer as the reasons they couldn’t possibly agree with or act on the issue of climate change. “There’ll be no progress that way,” she insists. “It’s a lot easier for people to say, ‘I have a problem with the science’ than it is to talk about what the real problem is.”

Sierra sat down with the scientist to discuss what objections to climate change really boils down to, the best ways to counter them, and why we should probably all stop framing the climate crisis as an environmental issue:

“Social scientists study the characteristics of different cultures — some, for instance, are very hierarchical, some are very communal, and some are very independent. If you correlate the predominance of rejection of climate science with the independence of the culture, you’ll find a significant correlation. The U.S. is the most culturally independent country in the world, followed by Australia, and then Alberta also tends to be more independent-minded than other Canadian provinces.”

“Fighting climate change requires people to work together for the benefit of the entire community — to not just go it alone. When you try to talk climate action to resilient pioneer types, they’re often hearing that the government is going to be their nanny and pick their car, set their thermostat, limit their water, and tell them what they can and can’t do. And rugged individualists do not want a nanny. It makes them feel that the government wants to take away their freedom, and what’s more American than freedom? The solutions are often presented to us as if they’re un-American. And you just can’t talk about these issues in ways that make people feel like their identities are under attack.”

“But, some of America’s most enduring values are prosperity and security — and climate action fits squarely into both of those. I think one of the greatest disservices ever done was framing climate change as an environmental issue. Because it’s an economic issue, a public health issue, a national security issue, a humanitarian issue. It’s an issue of whatever it is that any given person already cares about. So rather than feeling like we have to instill new values into people — and if you come at it that way, people sense subliminal judgment, that you’re saying they don’t have the right values and you do — you need to enter the conversation as if the person you’re speaking with has exactly the right values they need to care about climate change; that in fact, they’re the perfect person to care and act.”

Editor’s Note: The Sierra interview is much more extensive than the synopsis published here. It is well worth reading in its entirety.

Renewable Energy has More Economic Benefits than You Know