The Inter-American Court of Human Rights has issued a landmark opinion that equates environmental protection with human rights, a conclusion that could force countries in Latin American and beyond to tackle climate change more aggressively. The advisory opinion represents the first time the Inter-American Court has recognized a fundamental right to a healthy environment, a concept that may seem abstract but could impact interpretations of existing laws and improve environmental protection.

That concept isn’t new, but it hasn’t been widely applied by courts. The opinion comes at a time when a number of climate lawsuits have been filed around the world to try to establish the same or similar legal principles and pressure fossil fuel companies and governments to cut emissions. 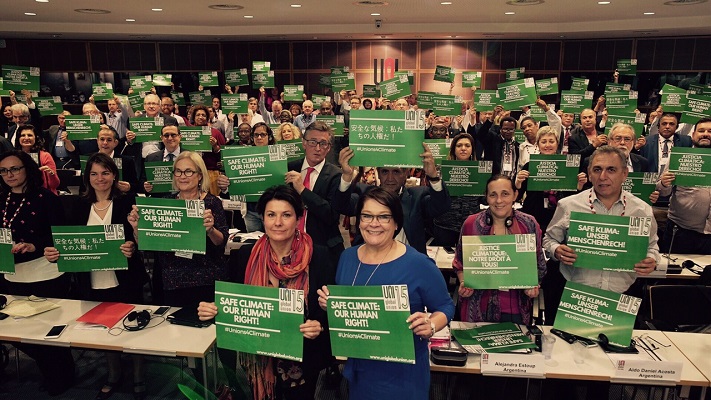 “We think this decision will be used as a tool to strengthen ongoing litigation on human rights and the impact of climate change nationally and internationally,” said Astrid Puentes, co-director of AIDA, an advocacy group that filed an amicus curiae brief in this case.

The decision has immediate implications for a recent case in Colombia. A lower court on Monday ruled against a group of 25 youths who petitioned last month to require the government to stop deforestation. The plaintiffs cited their constitutional rights to life and a healthy environment in their filing.

The youths planned to appeal, said Camila Bustos, a researcher with Dejusticia, the nonprofit advocacy group that filed the petition. “We were glad that the (Inter-American) Court has set such an important precedent on environmental rights. It strengthens our arguments, and we will definitely cite it in the next step of the lawsuit,” Bustos said.

The seven judges of the Inter-American court took particular care to mention climate change in their opinion. They cited the Paris Climate Agreement, in which nearly 200 countries committed to cutting emissions and capping global warming to within 2 degrees Celsius above the pre-industrial levels.

One of the findings in particular surprised and delighted environmental advocates: it says a government is responsible for addressing the impact of an environmental disaster even if it stretches beyond the borders. The court also said governments need to be transparent and share information with each other and the public.

Courts in a handful of countries, such as Ireland, the Netherlands and Pakistan, have acknowledged that connection. More climate lawsuits are underway in other countries, including Norway and the United States, to try to push for that recognition as a human or constitutional right.