What will it take for major corporations to take climate risks seriously, making sustainability reporting a routine part of financial filings? The G20’s Task Force on Climate-related Financial Disclosures (TCFD), a global push by investors and companies to include information about these exposures in mainstream reports to regulators, is helping companies make that transition on a five-year implementation timeline.

One of the top headlines from Climate Week 2017 in September was that 10 companies were the first to commit to implementing the TCFD recommendations by working with the Climate Disclosure Standards Board (CSDB), an international consortium of business and environmental NGOs that prepared a framework for implementing the climate disclosures within just three years. Those heavy hitters included insurer Aviva, life sciences company Royal DSM, technology firm Philips Lighting and retailer Marks & Spencer. 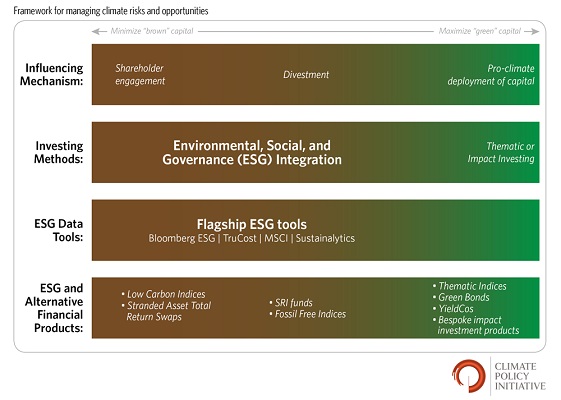 Since that time, corporate commitments to that three-year pledge have doubled. And mainstream momentum is picking up appreciably: As of Dec. 12, an estimated 237 companies from 29 countries (with a combined market capitalization of more than $6.3 trillion) publicly had committed to supporting the TCFD recommendations. Among them were 150 financial firms responsible for assets of $81.7 trillion, such as Bank of America, BlackRock and Citigroup.

Spearheaded by Bank of England Governor Mark Carney (also the head of the FSB) and the former New York mayor and United Nations special envoy on climate change, Michael Bloomberg, the TCFD recommends that companies across all sectors describe the potential impacts of global warming in line with a 2 degrees Celsius scenario on their business, strategy and financial planning. It also asks them to disclose their strategies for dealing with and mitigating climate impacts, including internally used carbon prices.

“Without effective disclosure of these risks, the financial impacts of climate change may not be correctly priced,” Bloomberg writes. “And as the costs eventually become clearer, the potential for rapid adjustments could have destabilizing effects on markets.”

The organization will report on progress at the end of 2018 at the G20 summit in Argentina.