On Sunday, January 28 there was a small birthday celebration for Bernard Englander. A century ago, when Bernard was born, climate change was not an issue, and sea level was essentially stable.

Bernard Englander was a pacifist and had been given “conscientious objector” status before World War II began – meaning he did not have to serve in the military. Yet as Hitler proceeded, even before the attack on Pearl Harbor, Bernard realized there was a time for pacifism and a time “ to stand up to madness.” He volunteered, flying as a navigator on a B-17 bomber in the British Air Force and then with the US when they entered the war, flying 34 combat missions. It was incredibly dangerous, and traumatizing, with ninety percent casualties on some missions. He was awarded the Distinguished Flying Cross. 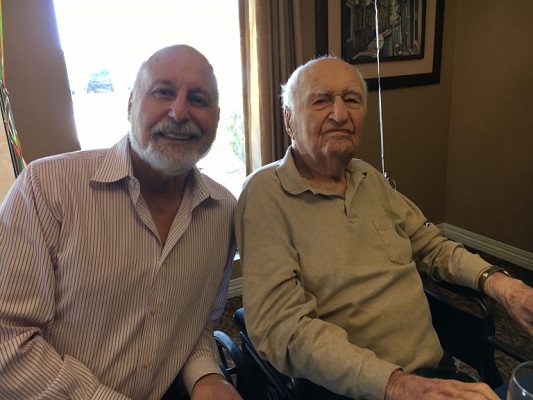 Bernard went from a deeply held belief, to changing his position, realizing that the real world required decisive action which he then did boldly, even putting his life on the line. It was a moral question. (With similar purpose and commitment later in life, he would do that for the civil rights movement, literally working alongside Dr. Martin Luther King and others, to organize the famous 1963 March on Washington.)

In this last decade, he realized that climate change would be a “game changer”, requiring the same type of World War II level mobilization to confront this global issue facing humanity.

As we look over the horizon, a full century in the future to 2118, it is hard to see clearly, but several characteristics are reasonable to predict:

Looking for a positive side: