Wind power surpassed coal last month to become the second-largest electricity source in Texas, yet another milestone in the state’s march toward greater reliance on renewable energy.

Read the entire article at the Houston Chronicle.

When a 155-megawatt wind farm in West Texas began commercial operation this month, it helped push the state’s wind power capacity even higher, to more 20,000 megawatts, surpassing 19,800 megawatts of capacity from coal-fired power plants, according to the Electric Reliability Council of Texas, which oversees 90 percent of the state’s grid. One megawatt is enough to power 200 homes on a hot Texas day. 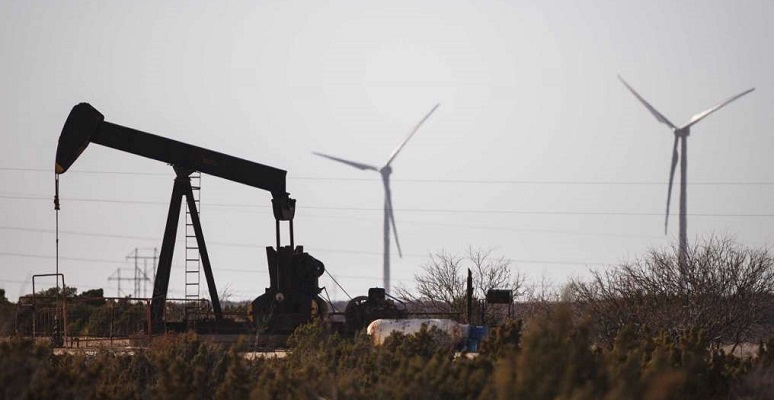 While ERCOT still gets most of its power from natural gas and coal, wind power generation now accounts for 15 percent of the power mix — up from just 2 percent a decade ago. The imminent shutdown of three coal-fired power plants owned by Dallas-based Vistra Energy and the loss of their 4,000 megawatts of capacity will further tip the scales in wind’s favor, said Joshua Rhodes, a research fellow at the University of Texas’ Energy Institute in Austin.

In October, Vistra announced the pending shutdowns of its Monticello, Big Brown and Sandow coal plants, triggering the loss of more than 800 jobs and the closure of two coal mines. The shutdown of the Vistra plants are the first retirements of coal-fired power plants since Texas deregulated power markets in 2002. “We are used to seeing wind numbers add, add, add,” Rhodes said. “We are not used to seeing coal plants’ numbers decreasing.”

Rhodes is already watching for the next milestone — when Texas’ wind farms will generate more power than its coal plants. Based on models of ERCOT, Rhodes expects that switch to happen in 2019. ERCOT, meanwhile, is looking to transform the way it predicts surges in wind — a mercurial power source in West Texas, where winds blow strongest at night when power demand is lowest, sometimes producing so much electricity that they drive wholesale prices to zero.

Earlier this year, ERCOT senior meteorologist Chris Coleman began looking for correlations between West Texas summer temperatures and wind events. He studied historical wind data and found that hotter weather can lead to more wind in West Texas, a finding that contradicts conventional wisdom. Coleman spent the summer gathering more data, which he hopes to turn into a forecast the agency can use by June to predict wind surges more than a week out.

Better forecasting would allow ERCOT to bring more of wind energy into the power mix, particularly when the grid needs it most during hot summer months.