Clothes must be designed differently, worn for longer and recycled as much as possible to stop the global fashion industry consuming a quarter of the world’s annual carbon budget.

Fashion designer Stella McCartney condemned her industry as “incredibly wasteful and harmful to the environment” as she joined forces with environmental campaigner Dame Ellen MacArthur to call for a systemic change to the way clothing is produced and used. 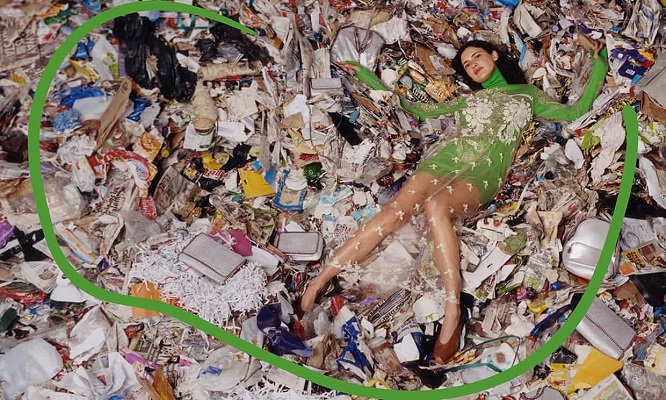 In a report published on Tuesday, MacArthur’s foundation exposes the scale of the waste, and how the throwaway nature of fashion has created a business which creates greenhouse emissions of 1.2 billion tonnes a year – larger than that of international flights and shipping combined.

The report also reveals that:

MacArthur, who gained the support of industry leaders including the C&A Foundation, H&M, and Nike for her report, is calling for a circular textile economy to be created to make fashion more sustainable.

The report calls for four actions to be taken: to phase out substances of concern and microfibre release; increase clothing utilisation, for example by the industry supporting and promoting short-term clothing rental businesses; to radically improve recycling; and to move to renewable materials.

In east London, Cyndi Rhoades, founder of WornAgain, is working on the development of a new technology to separate and recapture polyester and cotton from textiles to be reintroduced back into the supply chain as new, raw materials.

She said: “We already have enough clothing and textiles in existence today to satisfy our annual demand of new raw materials for new clothing – all we have to do is make sure it doesn’t end up in the bin, and processes like ours are scaled as rapidly as possible.”