When considering the costs and benefits of a fossil fuel project, how much consideration should be given to the project’s eventual contribution to climate change-causing carbon emissions?

That’s a question that has plagued regulators, environmental groups, and courts for years. But in a single month this year, four different decisions came to the same conclusion: when deciding whether or not to allow a fossil fuel project to move forward, you have to take into consideration how the project will impact carbon emissions — even if those emissions would be released far from the boundaries of the project in question. 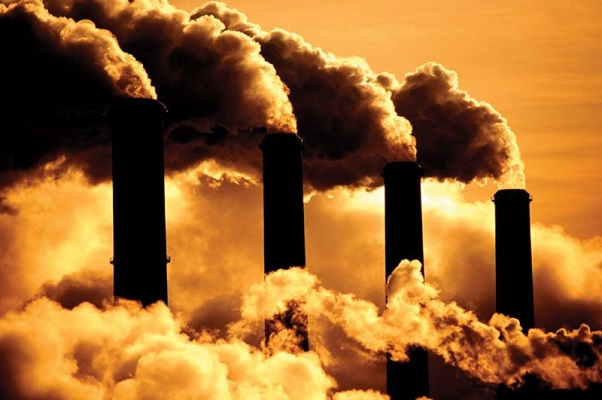 “At the high level, this wave of court decisions is an indicator that courts are pushing for accountability, and a true accounting of climate and public health costs of these projects,” Mary Anne Hitt, director of the Sierra Club’s Beyond Coal Campaign, told ThinkProgress. “That is going to be a big challenge to Trump’s anti-climate science and pro-polluter agenda.”

The wave of decisions began when a U.S. District Judge blocked a proposed expansion of an underground coal mine in Montana, arguing that the Office of Surface Mining (OSM) failed to properly consider how the proposed expansion would impact climate change. Environmental groups argued (and the court agreed) that OSM focused primarily on alleged economic benefits of the expansion, like local taxes, while refusing to use any metric to analyze the harm that the expansion would cause. The OSM, in effect, put its “thumb on the scale by inflating the benefits of the action while minimizing its impacts,” the court ruled.

Weeks later, the D.C. Circuit Court vacated permits for an entirely different fossil fuel project on similar grounds. It found that the Federal Energy Regulatory Commission (FERC) had failed to adequately consider how construction of the Sable Trail pipeline — which would run from Alabama to Florida — would result in more greenhouse gas emissions from the burning of natural gas. As a result, the court ruled that FERC, which has been notably loathe to consider the climate impacts of various projects, had to redo its assessment.

Then, in a surprising twist, the Tenth Circuit Court of Appeals, a conservative-leaning court, ruled in mid-September that the Bureau of Land Management (BLM) had improperly calculated the climate impacts of expanding several federal coal leases in Wyoming’s Powder River Basin, forcing the agency redo its environmental impact study. The court found that BLM’s assertion that there was essentially no difference between approving the expansion of the leases and rejecting the leases; if the expansion were rejected, BLM reasoned, the same amount of coal would simply be mined elsewhere.

Environmental groups argued that BLM’s analysis was a willful misreading of the economics of the energy market, because if the expansions were not granted and less coal was extracted from those mines, utilities would turn to cheaper, and less carbon-intensive options, like natural gas or renewables.

Three days later, a state board in Washington overturned two key permits that had been issued for a massive methanol project along the state’s Columbia River, finding that the project’s environmental impact study had not properly considered its greenhouse gas emissions. And like they had done following the three previous decisions, environmentalists cheered the finding, calling it a win for advocates who have long argued that agencies needed to take a broader approach to their consideration of climate impacts.