Disasters often lead to unexpected and swift technology innovation. The calamitous collapse of Puerto Rico’s electricity system might be the next example of that phenomenon. As we know, Hurricane Maria devastated the island. 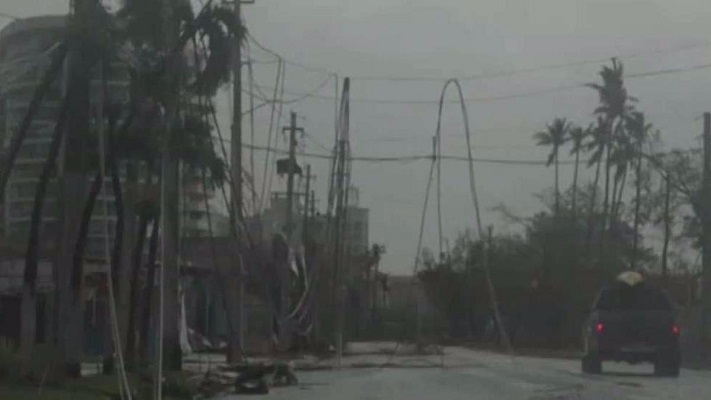 Restoring its existing power grid of big diesel burning plants and long transmission lines to customers could take many months, if not years. The horrific situation reminds us of the critical role of electricity in our lives, and the fragile nature of the centralized electric system there and elsewhere. With severe power outages, as in previous storms from Katrina to Sandy, and those most recently in Florida and Texas, tragedies mount.

In Puerto Rico, hospitals have been evacuated. Major pharmaceutical companies that make the country’s life-saving drugs are themselves on life support with diminishing supplies of diesel fuel. The island’s economy is at a standstill. Lives remain at risk.

We know that many diesel generators—the current technology of choice for backup power in many critical facilities—failed in Puerto Rico, as they have in all modern disasters, from the New York City blackout, to Katrina, Sandy, Harvey, Irma, and now Maria. They flood, or simply stop, when the fuel is gone.

Into this dangerous power breach comes Elon Musk, the peripatetic disruptor of multiple industries, from autos to space travel, and now the electric power sector. He has already started sending Tesla batteries to Puerto Rico, to be installed with solar as an emergency measure to provide power to critical facilities. He’s not the only one.

Sonnen, a German company with manufacturing facilities in the United States, is installing solar and storage systems in Puerto Rico at emergency shelters. Their systems can provide critical power for cell phones, lights and refrigeration.

Beyond these short-term, emergency measures, Musk says he can repower Puerto Rico’s grid with solar and battery storage, an alternative that will not rebuild the grid in the old way. Instead, it would make the island’s electric system more resilient, more local, more independent, and less costly.

He says he can do it quickly, following his example in American Samoa and in other islands now turning to distributed, onsite solar and storage to power homes, buildings and commercial buildings. There, solar and batteries can be located nearer the customers and displace or reduce reliance on big, central power plants to send them electricity.

On the U.S. mainland, the “Holy Grail” of renewable technology—battery storage—is taking off like never before. Batteries combined with onsite solar can provide energy resiliency, reduce electric bills, and deliver the flexibility to allow for increased deployment of intermittent renewable power. There are now probably over a thousand solar and storage systems either installed or in project pipelines in states across the country.

Solar+storage technologies have become proven and accepted. This is beyond an experimental stage.

Businesses see these technologies as a reliable way to save money, while communities install them to keep the lights on when utility power goes out. Utilities are also turning to energy storage on a large scale, to reduce their own costs and integrate more wind and solar onto the grid. A key driver behind this resilient power trend is steadily declining prices, with lithium-ion battery costs falling dramatically in the last few years.