Special Report: How Engineers are Preparing for Sea-Level Rise

From Seattle to Cape Cod, see what’s being done at 18 different locations.

In this special report, Engineering News-Record’s team of editors and reporters look at how coastal communities around the country are tackling problems, including erosion, subsidence and sea-level rise. Our reporting has found that many cities are still trying to get a handle on the complex, interrelated problems. But others, such as Miami Beach, have started aggressive, multi-million dollar programs to raise roads and improve drainage. 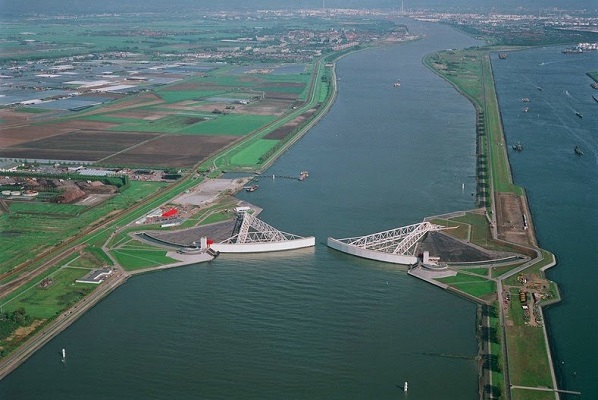 We also found that engineers are rethinking their practice, coming up with innovative, adaptive designs that will prevent overbuilding in the short term until future forecasts – which now say the sea level could rise between 1 ft. to 8.2 ft. by 2100 – become more precise.

“You are seeing water in places you have never seen it before,” says G. Wayne Clough, a civil engineer, president emeritus of the Georgia Institute of Technology and former secretary of the Smithsonian Institution who often speaks on climate change. “This is the time for people to sit down and think rationally about what we are going to do.”

Spurred in large part by the disasters of Superstorm Sandy and Hurricanes Katrina and Matthew and the tidal flooding that affects some communities as often as twice a month, many cities and communities are trying to get their arms around the problem of sea-level rise and come up with solutions to accompanying problems like saltwater intrusion and storm water runoff.

Given the differing regional topographies and levels of relative sea rise, each community’s risks and solutions will be different. A seawall, for instance, would do no good in Miami Beach, where the water comes up through its limestone bedrock.

“How do you translate knowledge into action – it’s an ever-more relevant field. There is a need for interaction of people doing the basic research and people trying to translate that into big, concrete solutions,” says Bob Kopp, a climate policy scholar at Rutgers University and one of the world’s leading experts on the topic. Rutgers, he says, has started a new climate-resiliency program for engineers and scientists to help engineers and others make science-informed decisions.

The Environment and the Economy: You Don’t Have to Choose