It had a good run. But the end is in sight for the machine that changed the world.

Read the entire article at The Economist.

“HUMAN inventiveness…has still not found a mechanical process to replace horses as the propulsion for vehicles,” lamented Le Petit Journal, a French newspaper, in December 1893. Its answer was to organise the Paris-Rouen race for horseless carriages, held the following July. The 102 entrants included vehicles powered by steam, petrol, electricity, compressed air and hydraulics. Only 21 qualified for the 126km (78-mile) race, which attracted huge crowds. The clear winner was the internal combustion engine. Over the next century it would go on to power industry and change the world. 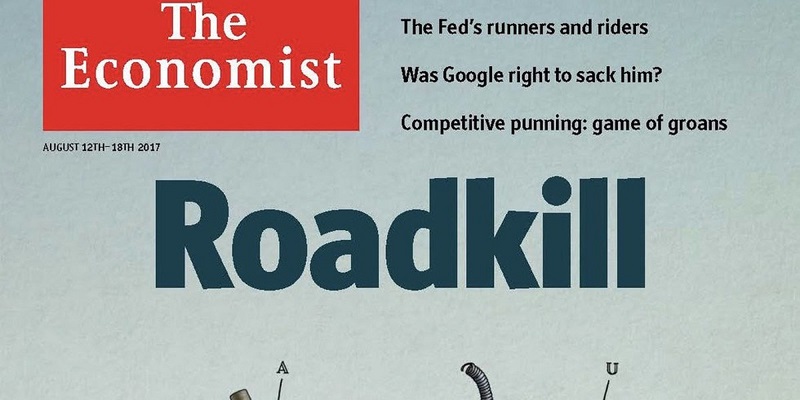 But its days are numbered. Rapid gains in battery technology favor electric motors instead. In Paris in 1894 not a single electric car made it to the starting line, partly because they needed battery-replacement stations every 30km or so. Today’s electric cars, powered by lithium-ion batteries, can do much better. The Chevy Bolt has a range of 383km; Tesla fans recently drove a Model S more than 1,000km on a single charge.

UBS, a bank, reckons the “total cost of ownership” of an electric car will reach parity with a petrol one next year – albeit at a loss to its manufacturer. It optimistically predicts electric vehicles will make up 14% of global car sales by 2025, up from 1% today. Others have more modest forecasts, but are hurriedly revising them upwards as batteries get cheaper and better – the cost per kilowatt-hour has fallen from $1,000 in 2010 to $130-200 today. Regulations are tightening, too. Last month Britain joined a lengthening list of electric-only countries, saying that all new cars must be zero-emission by 2050.

The shift from fuel and pistons to batteries and electric motors is unlikely to take that long. The first death rattles of the internal combustion engine are already reverberating around the world – and many of the consequences will be welcome.

Special Report: How Engineers are Preparing for Sea-Level Rise