The United States withdrawal from the historic Paris Climate Agreement was met with widespread dismay. However, the reactions from many political leaders, multinational businesses and the general public have been one of emboldened support for climate action. One of the most striking reactions has been the forging of new alliances to ensure support for climate action and the Paris Agreement remains strong. Here are five examples of the amazing collaboration taking place globally in the wake of the announcement: “We’re Still In.” 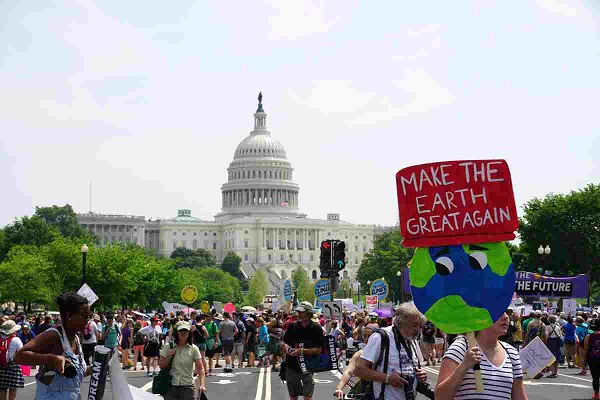 A group of more than 2,000 businesses, investors, mayors, governors, college and university leaders joined the We Are Still In open letter to demonstrate their commitment to the Paris Agreement, kick starting a global movement that continues to gain momentum.

Shortly after the decision to withdraw the U.S. from the Paris Agreement, a coalition of 12 states announced that they would take action to meet the country’s commitments, despite the absence of federal government leadership.

France’s President Emmanuel Macron and India’s Prime Minister Narendra Modi pledged to work together to cut carbon emissions and reaffirmed their commitments to the Paris Agreement, in the wake of the U.S. announcement.

4. California Teams Up with China and Germany

California has forged new links with both China and Germany in a bid to bolster efforts to reduce emissions. The U.S. state has signed an agreement to work together with China and also agreed to take joint action against climate change with Germany.

At the 19th Summit between the European Union and the People’s Republic of China, leaders from both countries reaffirmed their commitment to implementing the Paris Agreement and highlighted the importance of fostering cooperation in their energy policies.

Meanwhile, the resolve among forward-looking business leaders remains as strong as ever. This month, the number of companies making commitments, via the We Mean Business coalition’s Take Action campaign, has pushed the total to over 580 companies. Together, they have made more than 1,220 bold commitments on climate action.