Carbon farming is the umbrella term used for a growing suite of agricultural and land management practices that remove carbon dioxide from the atmosphere and stores it in soils and plants. 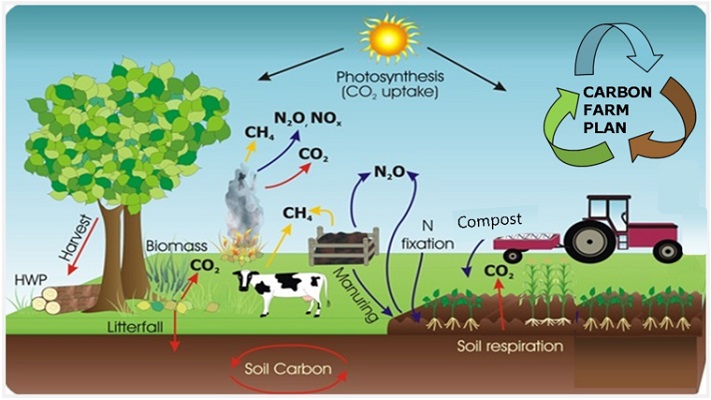 Hawaii’s lawmakers recognize both the grave threat of climate change and the economic opportunity to generate local clean power, as opposed to shipping oil thousands of miles to meet their needs. Indeed, days after the U.S. government announced its intention to withdraw from the Paris Climate Agreement, Hawaii was the first state to say “We Are Still In.” Within days, Hawaii Gov. David Ige went event further than the state’s 100 percent renewable portfolio standard by signing bills expanding the policy strategies and mechanisms to reduce greenhouse gas emissions.

Among these laws, Ige signed HB 1578, establishing a Carbon Farming Task Force that will identify agricultural and aquacultural practices to improve soil health, increase climate resiliency and improve carbon sequestration. This boundary-pushing law creates a fertile test ground for innovative businesses to grow as well as a market for local, climate-friendly agriculture and energy.

While an expansive set of agricultural techniques and practices for sequestering carbon in soils has been well-documented, most of these practices are underused. Indeed, some of the most effective approaches are rarely found outside of experimental research pilots. One barrier, as with any new technology or practice, is that farmers and ranchers need to build familiarity with such practices and understand how to integrate them into their current operations before they will be adopted at a widespread scale. A second barrier is that markets have proven insufficient to incentivize these practices, in part due to uncertainty about whether they can create durable value, both in terms of carbon sequestration and in the value chain for agriculture.

Both business and government interest in carbon farming is expanding. Patagonia recently launched Long Root Ale made from Kernza. According to Patagonia, “The plant’s long root system and perennial growth allows it to thrive without tilling, preserving precious top soil. It also uses less water than conventional wheat, removes more carbon from the atmosphere and makes one damn good beer.” The Carbon Farming Act (PDF) is being debated in the New York Legislature.

Forward-looking business, academics and lawmakers see carbon farming as a fertile field for research and innovation.