A new report predicts that we’re on the edge of an incredibly rapid transition to an entirely new transportation system – where it will be so much cheaper and easier to not own a car, you’ll get rid of it as soon as you can. 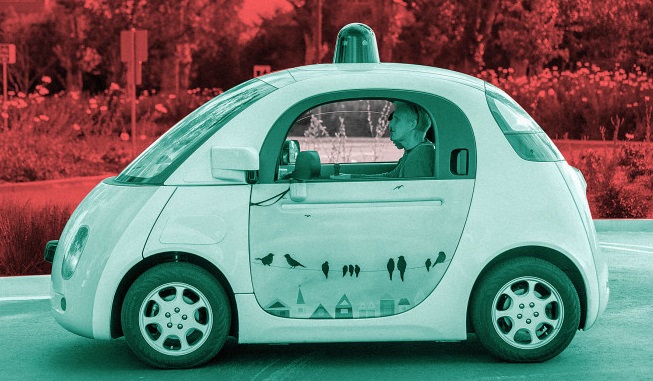 Self-driving cars, a new report predicts, will make ride hailing so cheap that the market will quickly transform – and because electric cars can last longer with heavy use, it will make economic sense for those cars to be electric. By 2030, 95% of passenger miles traveled in the U.S. could be happening in on-demand, autonomous electric cars owned by fleets rather than individuals. The average family could be saving $5,600 a year on transportation. Also, the oil industry could collapse.

The linear, incremental growth of electric vehicles predicted by some analysts might be wrong. “This is not an energy transition,” says James Arbib, a London-based venture investor who co-authored the Rethinking Transportation report with serial entrepreneur and author Tony Seba. Arbib and Seba saw that policymakers and others tend to make decisions without understanding how exponential change happens. “This is a technology disruption. And technology disruptions happen in S-curves. They happen much more quickly.”

The report predicts that autonomous cars could be ready for widespread deployment (and have regulatory approval) by 2021. The exact year may vary, but the researchers have confidence it will happen between 2020 and 2025, based on announcements from car companies and how quickly self-driving pilots are growing. They also believe that regulators will want to support the technology.

“There are enormous gains for the economy, gains on a social and environmental level, and so on, and we think that generally there will be a supportive attitude,” says Arbib. “Any technology that can save a number of lives as autonomous vehicles might do – there’s sort of a moral imperative to try to introduce it when you can. From a regulatory perspective, we expect there to be a supportive framework.”

The report also looked at how the changes will feed on each other. As gas cars become less common, gas stations will start to close, making it less convenient to get fuel. Mechanics will start to close, and parts will get harder to find, pushing more people away from traditional cars. As self-driving cars grow on roads – potentially getting their own lanes so they can travel efficiently – driving yourself may become less and less convenient.

The shift would lead to multiple major changes. Former drivers, no longer stuck in traffic, would be more productive, and add $1 trillion to the economy. Consumers would collectively have an extra $1 trillion to spend because of their savings on transportation costs. People who couldn’t afford to drive (or who couldn’t physically drive) in the past would have better access to jobs or school. With more efficient use of cars, there would be fewer vehicles on roads; parking lots in cities could be used for housing or other uses than storing cars. Because self-driving cars avoid accidents better than humans, streets would be safer. Pollution would dramatically drop.

There would also be challenges. The report predicts catastrophic effects for the oil industry as early as 2021. Some temporary congestion on roads could also be overcome if every vehicle becomes autonomous, and cars can travel closer together and faster.

“I think there will come a time where we actually decide to ban human drivers in cities,” he says. “It’s either going to be on congestion or speed grounds as people will actually see the huge gain that comes with taking humans out of the equation. Or it might be on safety grounds… once it’s proven that autonomous vehicles are having almost no accidents.”

Why Climate Change is Personal for Interior Designers