This is the one silver lining of our predicament: If we get adaptation right, we’ll not only preserve our cities – we’ll upgrade them. 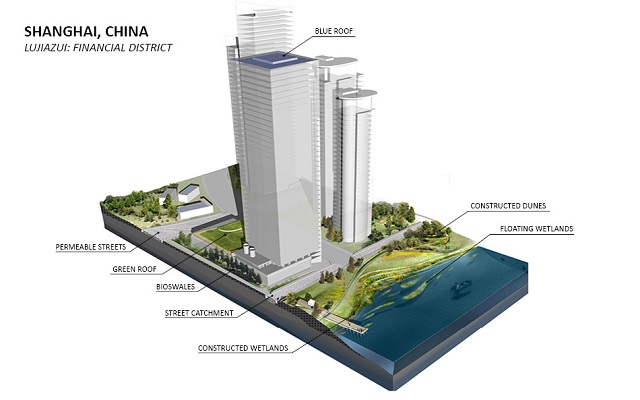 Global-­warming denialists, including, at times, the new US president, claim that climate change isn’t happening. This is abject nonsense – ask anyone who lives near an ocean. They’re all dealing with the unsparing laws of physics, and the 2.6 inches the sea rose between 1993 and 2014. Flooded basements don’t care whether you believe burning carbon-based fuel is raising Earth’s temperature or not.

That’s why coastal cities worldwide are pumping more than $280 billion a year into an Adaptation Economy, which puts a price tag on preparing for the future. That amount is increasing by more than four percent a year.

The money is propelling some ingenious engineering. The Dutch are great at this – Rotterdam already has sophisticated dikes, and the city is building newfangled “water plazas,” buildings with reservoirs that sequester rainfall, letting it seep out into the ground or into wading pools for kids instead of adding to floods. Other innovations even have aesthetic value: In China, Dutch engineers are building a “sponge city” that uses a network of grass gardens and ponds to absorb runoff, an approach they call “living with water.”

Read the full article at Wired.