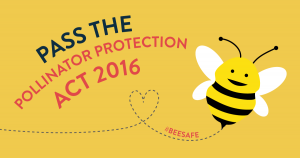 In an effort to curb its plummeting honeybee population, Maryland is about to become the first state in the nation to pass strict restrictions on neonicotinoids for consumer use.

Neonicotinoids are a potent class of pesticides used on many crops in the U.S. that have been linked to the widespread decline of pollinator species. As EcoWatch mentioned previously, 29 independent scientists conducted a global review of 1,121 independent studies and found overwhelming evidence of pesticides linked to bee declines. 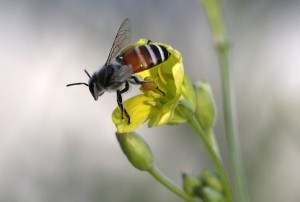 “The birds and the bees need help. Also, the butterflies, moths, wasps, beetles and bats. Without an international effort, a new report warns, increasing numbers of species that promote the growth of hundreds of billions of dollars’ worth of food each year face extinction.

Pollinators, including some 20,000 species of wild bees, contribute to the growth of fruit, vegetables and many nuts, as well as flowering plants. Plants that depend on pollination make up 35 percent of global crop production volume with a value of as much as $577 billion a year. The agricultural system, for which pollinators play a key role, creates millions of jobs worldwide.” 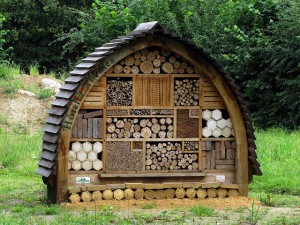 A Way to Help Save the Bees

“Bee hotels are making a huge impact for the better. Easy to build, they keep wild bees safe and warm all winter and provide a safe refuge away from pets and kids. Build one near your garden and keep your own pollinators nearby.”