How the Sunshine State can live up to its name, while enabling all to prosper

A Vietnam veteran, William “Coty” Keller is an ecologist and Florida Master Naturalist, working to conserve and restore the natural relationships among living things and the environment. He lives and works in Port Charlotte, FL. Current projects include leading the local chapter of Citizens’ Climate Lobby, eradicating invasive species from the mangroves in the Charlotte Harbor Aquatic Preserve, and promoting action on Climate Change with Florida Veterans for Common Sense. 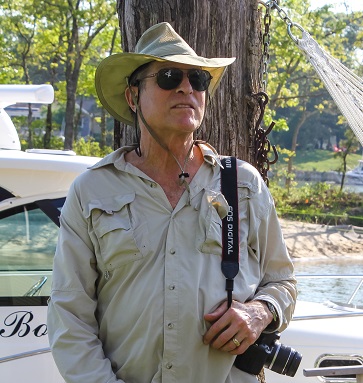 Florida is the state at the highest risk for the negative effects of climate change. Florida is therefore one of the ‘front lines’ for promoting awareness and a realistic understanding of the issue.

The past year has seen a lot of bantering about solar power in Florida. On one side are those who view smaller power generators like rooftop solar as the answer. They believe they can, under the right policies, provide a source of reliable and cheap power. On the other side are the utility companies who say large scale solar plants are more efficient than rooftop generators. They prefer to control inputs to the electric grid. Utilities have stockholder profit to consider. They don’t want to lose revenues to people generating their own power.

All the bickering has caused many citizens to lose sight of the real issues: a stable climate, jobs, the economy and household income. The real problem is that unless we reduce our greenhouse gas (GHG) emissions, we will face the catastrophic effects of climate change. This has been made clear by the Union of Concerned Scientists and the UN Panel on Climate, who advise that we must reduce GHG emissions by 50% right away (by 2025) with 80% reductions by mid-century.

Instead of “either or”, why not “both and”? We will need lots of both kinds of solar if we are to succeed.

So how can we achieve real reductions in emissions, while creating jobs, boosting the economy and having Florida become the real Sunshine State? Here is what I think we need to do:

With these kinds of solutions, Florida will quickly begin to look like the Sunshine State, with solar panels on rooftops and in large power plants everywhere you look. Native trees and shrubs will also be acting as nature’s solar panels, taking carbon out of the air and storing it in the soil. The power of free enterprise will assure not only a stable climate, but a robust economy, more jobs, better health and more secure household income.

NASA is a Treasure Worth Defending