Regarding the Fate of Humanity on Planet Earth

I have little hope regarding the fate of humanity on Spaceship Earth.

I am optimistic because I have been involved in enough projects to know that humanity knows how to regenerate healthy ecosystems, restore biodiversity, generate electricity without greenhouse gases, feed ourselves without cruelty to animals while also avoiding harmful nutrient runoff, how to thrive without air pollution, educate without creating massive debt, have economies without externalities, all while creating a future that promotes life – not extinction. 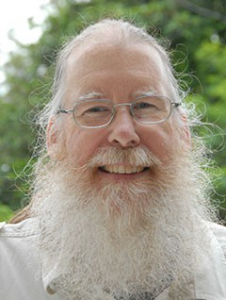 I have little hope because I do not see humanity rising to the challenge of both the speed and scale of the changes we must make. We can do it. We have the basic skills and foundational knowledge. My lack of hope is that we won’t do it. That we will choose not to change how we live. That we will not become better stewards for the future. That we will continue to wait for the ‘other guy’ to do their part first.

To some of you, the words above may be reminiscent of the opening in “A Tale of Two Cities”.

But there is a crucial difference. Charles Dickens gave the reader an option we do not have. He gave us two cities. We only have one planet. The sum of our combined actions will determine our universal outcome for better or worse.

The only way all the negative effects of our climate crisis happens is because we allow it to. Every day, the cumulative, collective and continuous impact of every choice we all make moves us towards a future where our children thrive and prosper, or keeps us on our current path towards catastrophe – the end of civilization as we know it as our social infrastructures and life support systems collapse.

There is an ever-shrinking window of time to avoid the worst. The key step is more philosophical than physical. It is a change in focus and consciousness. It is understanding that life is more important than economics – without people and without natural resources, there is no economy.

We are experiencing a very different scenario. We, humanity, are the cause. We released the gases that have triggered global warming. We are aiding and abetting climate change by continuing to encroach on habitats, by reducing biodiversity through over-harvesting, hunting and poaching, by accelerating extraction of natural resources… all due to our misguided belief that rates the value of life, all life, lower than growth of GDP.

We may deserve our fate. But our children don’t. And their children even less so.