Precedent for the Next Green New Deal

There is talk of a Green New Deal. Pundits complain that it is merely a wish list of social, environmental and economic proposals. That it lacks substance. That it is going to be expensive. But there is ample precedence we can make it happen. 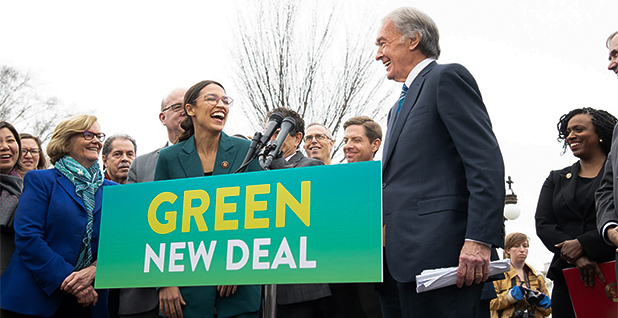 Douglas Brinkley, in Rightful Heritage: Franklin D. Roosevelt and the Land of America, spells out the environmental facets of the first New Deal. It was remarkably green. During the 1930s, 711 state parks were dedicated to the common good, while 20 million people were put to work. The Civilian Conservation Corps was well named.

The canon of environmental legislation which followed the first Earth Day, April 22nd 1970, certainly qualifies as a second Green New Deal, even if it was not labeled as such. During the 1970s, Congress passed, and three presidents signed into law, game-changing legislation which included:

Two lesser known pieces of legislation during this period gave me a career working for the environment. The Solar Heating and Cooling Demonstration Act of 1974 provided funds for large solar systems on schools and hospitals. That gave me a job as a project engineer with a consulting firm specializing in solar energy. The Northwest Power and Conservation Act of 1980 put Bonneville Power Administration into the conservation and renewable energy business, allowing me to move to Portland and help implement regional conservation programs.

Thousands of professionals have built careers on the shift in consciousness initiated by that first Earth Day. Legislation and rulemaking from that period still serve the common good.

The term Green New Deal was actually coined in reference to the environmental agenda embedded in the American Recovery and Investment Act of 2009.[1]  Included in this recession-induced economic stimulus package were: $25 billion to promote renewable energy through investment grants, production tax credits, and loan guarantees; $20 billion to support energy conservation; $10 billion to support investments in electrical grid upgrades; and $5 billion to support advanced vehicle technologies such as batteries for electric cars.

As a result, we have seen rapid growth in wind and solar power, a growing fleet of electric cars, and a reduction in U.S. carbon-dioxide emissions by 28 percent between 2009 and 2017. By the way, the economy rebounded well before the end of Barack Obama’s administration.

The Next Green New Deal

The goals of the next Green New Deal are stated in the resolution introduced in Congress by Rep. Alexandria Ocasio-Cortez on February 7, 2019.[2]

We have demonstrated a capacity to do great things, environmentally, economically and socially. Now is the time to implement the next Green New Deal. It will help heal the planet. It will help revive an economy devastated by a global pandemic. It will help weave a more equitable social fabric.

BIO:  Jon Biemer is writing a book with the working title, Our Environmental Handprints: Recover the Land. Reverse Global Warming. Reclaim the Future. His education includes both mechanical engineering and Process-oriented Psychology. He supplements his activism and writing with Organizational Development consulting, doing business as Creating Sustainability. His contact e-mail is JonBiemer@gmail.com.

Allies On Our Earth Walk