In the writing of “Moving to a Finite Earth Economy”, we were lucky enough to get a personal introduction to Herschel Specter, a nuclear industry veteran. Here are some highlights from his bio:

Herschel Specter, President of Micro-Utilities, Inc., holds a BS in Applied Mathematics from the Polytechnic Institute of Brooklyn and an MS from MIT in Nuclear Engineering. He was a member of the Atomic Energy Commission (now the Nuclear Regulatory Commission) where he was the Licensing Project Manager for the original licensing of the Indian Point 3 nuclear plant. He served at diplomat rank for five years at the International Atomic Energy Agency in Vienna where he led an international effort writing design safety standards for nuclear power plants.

Herschel knows whereof he speaks. Here’s what he wrote in his 2019 report “Become a Nuclear Safety Expert”:

“The bottom line of all this is: In US designs, and those of many other countries, severe nuclear power plant accidents are rare and extremely unlikely to cause any near term off-site radiation fatalities or radiation sicknesses. Long term effects, if any, would be too small to be detected. We also know today that the risk of contaminating land areas from a nuclear accident is far less than thought before because only very small amounts of cesium would be released and because natural “weathering” effects rapidly reduce cesium dose rates. Extreme claims by some about nuclear accident consequences are not supported by advanced analyses or by actual nuclear accidents. Nuclear power plants operating today do not represent a significant threat to society. Future nuclear plant designs will do even better as many new designs will avoid reactor meltdowns altogether… Carbon-free electricity from nuclear power plants is essential in dealing with climate change.” https://www.ourenergypolicy.org/wp-content/uploads/2019/03/Become-a-Nuclear-Safety-Expert-Rev.pdf

That isn’t to say that there are no issues with nuclear. Currently running reactors must be regularly inspected and safety regulations adhered to. Any reactors vulnerable to sea level rise or other issues should be decommissioned.

Another nuclear success story devoid of accidents, sickness or death is the U.S. Navy. Under the stubborn and relentless leadership of Admiral Hyman Rickover (a safety fanatic) there has never been any problem of any sort with the nuclear powered vessels. 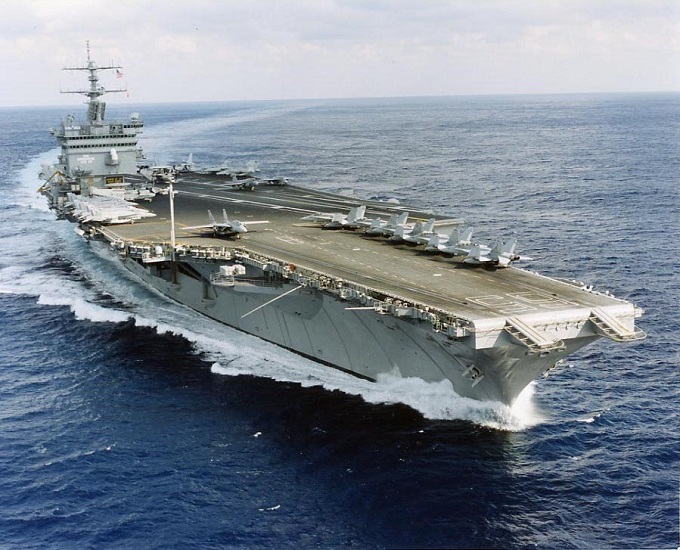 “U.S. Nuclear Powered Warships (NPWs) have safely operated for more than 50 years without experiencing any reactor accident or any release of radioactivity that hurt human health or had an adverse effect on marine life. Naval reactors have an outstanding record of over 134 million miles safely steamed on nuclear power, and they have amassed over 5,700 reactor-years of safe operation. Currently, the U.S. has 83 nuclear-powered ships: 72 submarines, 10 aircraft carriers and one research vessel. These NPWs make up about forty percent of major U.S. naval combatants, and they visit over 150 ports in over 50 countries, including approximately 70 ports in the U.S.” https://www.mofa.go.jp/region/n-america/us/security/fact0604.pdf

Yes, the nuclear waste issue must be solved. It’s a Not In My Back Yard (NIMBY) concern, but we must come together within the climate crisis reality we are in, to solve the problem. No country can claim to have a comprehensive solution for dealing with its toxic waste. Environmental group Greenpeace estimates that there’s a global stockpile of about 250,000 tons of toxic spent fuel spread across 14 countries, based on data from the International Atomic Energy Agency. Of that, 22,000 cubic meters (roughly equivalent to a three-meter tall building covering an area the size of a soccer pitch) is hazardous, according to the IAEA. A 2015 report by GE-Hitachi put the cost of safely disposing of nuclear waste at over $100 billion. https://www.bloomberg.com/graphics/2019-nuclear-waste-storage-france/

One potential solution to the waste issue is to bombard the waste with short bursts of intense laser light thus changing the atomic structure of the nuclear waste. Gerard Mourou – one of the three winners of the 2018 Nobel Prize for Physics – claims that the lifespan of radioactive waste can be cut to minutes from thousands of years.

Nuclear will be an integral technology on our journey to a Finite Earth Economy by 2030. The arguments for nuclear are rational and based upon hard data and critical need. We have more research on significant technological upgrades in the R&D pipeline today, which have much more efficient, cheaper and smaller reactors that emit little to no radioactive waste. We’ll be sharing that research in subsequent posts.