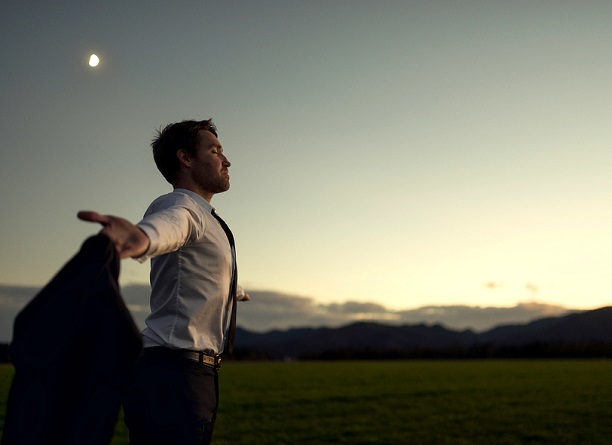 I’m sensing a pattern… not quite a zeitgeist, but I think it’s heading in that direction. Everything that’s happening now… with the climate, and income inequality, and rising authoritarian populism and all the rest; I think it’s a call to action. I think we are being given an opportunity. An opportunity to step up and be our best selves.

I see it over and over again. I first was exposed to the concept four years ago when I read “This Spaceship Earth” by David Houle and Tim Rumage. By coining the term “crew consciousness”, they expand on R. Buckminster Fuller’s representation of our planet as a spaceship; and on Marshall McLuhan’s insight: “There are no passengers on Spaceship Earth, we are all crew.” Crew consciousness means growing past our default mindset of being passive passengers on Spaceship Earth, to thinking and acting as active crew members.

My story actually begins well before I read “This Spaceship Earth”. There’s a reason I picked the book up. I had been on a journey which began on the night of February 25, 2009. I was shot that night during a home invasion. The femoral vein and artery in my left leg were severed. I bled out. Obviously I’m still here to tell the tale, but I was clinically dead for a short period of time. Afterward, I kept asking myself “Why?” “Why did they come to my house?” “Why did they shoot me?” (There really was no reason for it.) “Why did I survive?”

This experience changed me in fundamental ways. I was a typical beer drinking, TV watching, middle-aged, middle-class American guy. Slowly, over time, I lost interest in things like sports, TV and beer. I became interested in climate change. I’ve spent thousands of hours learning about it over the past ten years. The more I learn about this existential crisis for humanity and the other species on Spaceship Earth, the more I realize that we all need to play our part in the transformation of our culture and economy.

I am a different man today. I think a better man… far from perfect, but better. If you want to learn more about the shooting, my recovery and my subsequent journey, you can listen to this podcast. My interview begins at around the two minute mark: http://garethjyoung.com/bob-leonard-dont-wait-to-be-shot/

I began to see this same sentiment (expressed differently, but the same at its core) from many people and organizations. Paul Hawken, the editor of the Drawdown book (which is based on research that determined the 100 most effective solutions to reverse global warming), puts it this way: “When you put gloom and doom together with guilt, you get apathy. Which precludes seeing global warming as an opportunity. Climate change isn’t a curse. It’s feedback. What if global warming is not an obstacle, but an opportunity to innovate and reimagine everything we make and do? What if we viewed our circumstances not as daunting, but as a worldwide cue that it’s time for something different? It isn’t ‘Game over’. It’s ‘Game on!’”

Wangari Maathai, a renowned environmental and political activist, said “In the course of history, there comes a time when humanity is called to shift to a new level of consciousness, to reach a higher moral ground.”

“We are running out of time, but there is still hope,” said Sir David Attenborough. “The whole of life is coming to terms with yourself and the natural world. Why are you here? How do you fit in? What’s it all about? Real success can only come if there is a change in our societies and in our economics and in our politics.”

To bring this full circle… I met David Houle and after some time we began to work together. In fact, I recently completed work on a trilogy of books entitled “Moving to a Finite Earth Economy – A Crew Manual”. I researched and edited the first two volumes, and co-authored the third with David. I have reinvented myself as a researcher, editor, ghostwriter and author for any projects related to our climate emergency.

“The most important thing about Spaceship Earth… an instruction manual did not come with it.” – R. Buckminster Fuller

So, the potential lies before us. There are huge opportunities in mitigating and adapting to global warming. New business models will flourish. Millions of jobs will be created. And, perhaps more importantly, we (all of us) have an opportunity to rise to the occasion… to evolve past our separated, competitive selves… to cooperate, collaborate and live in true community.