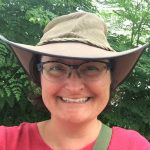 Janet Lewis holds a PhD in Plant Breeding and Genetics from Michigan State University and a B.S. in Botany from The University of Michigan. She conducted postdoctoral research at The University of Minnesota and the International Center for Wheat and Maize Improvement (CIMMYT). From 2007-2011 she led the Wheat Breeding and Genetics program at Michigan State University, and from 2011-2017 she was a principal scientist in Bayer’s global wheat breeding program. In 2017 she moved to Sarasota, Florida, where she is the owner of Science2Action (an independent consulting firm), the executive director of Transition Sarasota, and is engaged in climate and food security related work.

I began focusing on food security 22 years ago after witnessing subsistence-level farming first-hand. The recent devastation of hurricanes Irma and Maria brought a specific threat to the forefront – the threat of catastrophic crop failures due to extreme weather events. Such dramatic weather events are predicted to increase with climate change. As our world strives to create new paths forward, I am keenly interested in both climate change mitigation and how agriculture adapts. How do we feed ourselves sustainably and reliably in a more volatile environment?

Citizens in the U.S. are accustomed to fully stocked grocery stores shelves. Even in the dead of winter, fresh fruits and vegetables still appear. According to the USDA census in 2012, U.S. farmers comprise just 1% of the population, and are an increasingly older demographic (1). With such a small percentage of the population actively involved in farming, as a society we have less and less appreciation for the value of food and the challenges and risks of production. According to a 2012 report by the National Resources Defense Council, although food production and distribution use up tremendous fresh water, land and energy resources (80%, 50% and 10%, respectively), 40% of the food in the U.S is wasted (2).

Can the activities at Babcock Ranch, help? Yes! With their five acre farm on-site, less energy is required to move food to the table. With a water treatment plant on-site, residents will be keenly aware that fresh water is not an endless resource. With a community garden in every neighborhood, plus the five acre farm, in season fruits and vegetables will be truly fresh. Residents will be more likely to eat “lower” on the food-chain (which has both health and climate change (3) benefits). They will have a greater appreciation for the value of food production and will likely reduce food waste. A review of research on children’s eating behaviors showed that students involved in school gardens (paired with nutrition programs) ate more vegetables (4).

As Babcock Ranch is just getting their first official resident in January, 2018, we can anticipate a progression of activities as their community develops. An area that is yet-to-be addressed is composting. In a landfill, organic (i.e., derived from something living) matter decomposes under anaerobic (without oxygen) conditions, which generates greenhouse gasses (approximately 50% of which is methane, which is 28-35 times as potent as carbon dioxide) (5). Thus, composting not only reduces greenhouse gas emissions, but the resulting product can be reintroduced to the soil (thus, closing a nutrient loop). Such closed-loop systems are evident in other features of Babcock Ranch.

Overall, Babcock Ranch is impressively designed for sustainable living on a community-wide scale. They are an example to follow and a place to watch for innovations to come.

The Environment is Crucial to Economic Health