This is a synopsis of a report on NBC News by Denise Chow.

Researchers studying Earth’s absorption of the sun’s energy found a less than 1 percent probability that the recent changes occurred naturally. For decades, Earth’s energy system has been out of whack.

Stability in Earth’s climate hinges on a delicate balance between the amount of energy the planet absorbs from the sun and the amount of energy Earth emits back into space. But that equilibrium has been thrown off in recent years — and the imbalance is growing, according to a paper published Wednesday in the journal Nature Communications. 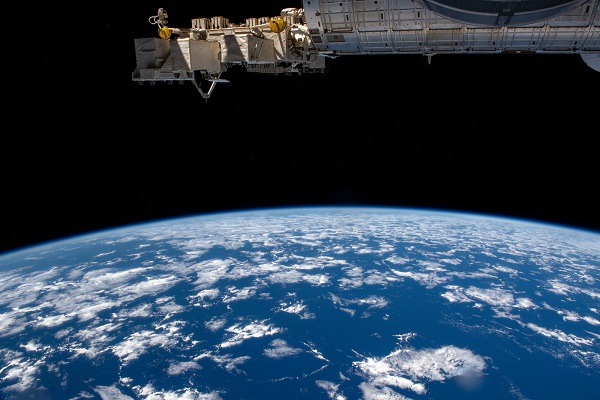 The changes to Earth’s energy system have major ramifications for the planet’s future climate and humanity’s understanding of climate change. The Princeton University researchers behind the paper found that there’s a less than 1 percent probability that the changes occurred naturally.

The findings undercut a key argument used by people who do not believe human activity is responsible for the bulk of climate change to explain trends in global warming, demonstrating that the planet’s energy imbalance cannot be explained just by Earth’s own natural variations.

The research also offers important insights into how greenhouse gas emissions and other consequences of human-caused climate change are upsetting the planet’s equilibrium and driving global warming, sea-level rise and extreme weather events.

“With more and more changes to the planet, we’ve created this imbalance where we have surplus energy in the system,” said Shiv Priyam Raghuraman, a graduate student in atmospheric and oceanic sciences at Princeton and lead author of the study. “That surplus manifests as different symptoms.”

Emissions of carbon dioxide, methane and other greenhouse gases from human activities trap heat in the atmosphere, meaning the planet absorbs infrared radiation that would normally be released into space. Melting sea ice, changing cloud cover and differences in the concentration of tiny atmospheric particles called aerosols — all of which are affected by climate change — also mean Earth is reflecting less of the sun’s radiation back into the cosmos.

“There isn’t this equilibrium between energy coming in from the sun and energy going out,” Raghuraman said. “The question is: Are these natural planetary variations, or is it us?”

The researchers used satellite observations from 2001 to 2020 to determine that Earth’s energy imbalance is growing. They then used a series of climate models to simulate the effects on Earth’s energy system if human-caused climate change was taken out of the equation.

The scientists found that natural fluctuations alone could not explain the trend observed over the 20-year period. “It was almost impossible — a less than 1 percent probability — that such a large increase in the imbalance was from Earth’s own oscillations and variations,” Raghuraman said.

If Earth’s energy imbalance continues to grow, consequences that are already being felt today will likely be exacerbated, said Norman Loeb, a physical scientist at NASA’s Langley Research Center in Hampton, Virginia, who was not involved with the study.

Loeb led a joint study by NASA and the National Oceanic and Atmospheric Administration that found Earth’s energy imbalance approximately doubled from 2005 to 2019. The paper was published last month in the journal Geophysical Research Letters.

Loeb said the Princeton study confirms what was outlined in his own research, which used 14 years of observations from satellite sensors and an array of instruments in the ocean.